This week on TSS has been focused on Ulysses, with some writing workflow videos, a review of the new Ulysses 20 update, and even an update to our Learn Ulysses course.

Learn Ulysses: Here are the Details of the New Course Update »

The big update to our writing course, Learn Ulysses, is now live.

Learn Ulysses is the premier video course for transforming your writing workflows with the best writing app, Ulysses.

Over 3,500 customers have signed up for Learn Ulysses since it first launched. The course has been featured on sites such as MacStories, MacSparky, and even the folks who actually make the Ulysses app itself.

Ulysses is the best writing app for Mac, iPad, and iPhone users. Many folks who love writing in Ulysses have also wanted to use it as a collaborative text editor as well. However, setting up collaboration in Ulysses takes a little bit of nerdery. And so, in this guide we will walk you through the entire process, step by step.

This video is one of the new videos in our course, Learn Ulysses, that will be getting a big update on Thursday, July 16.

I remember how frustrated I was just a few years ago with my writing workflow and the apps I was using at the time.

I realized that I was spending more time managing my writing workflow than I was actually doing any writing. When things are scattered like that, it’s just death to the creative process.

So, I did what any self-respecting nerd would do. I spent most of my summer researching and using a bunch of different note-taking apps.

As long-time readers know, I landed on Ulysses and have been using it every single day since. For the uninitiated, here are five of my favorite and most-used features available in Ulysses. 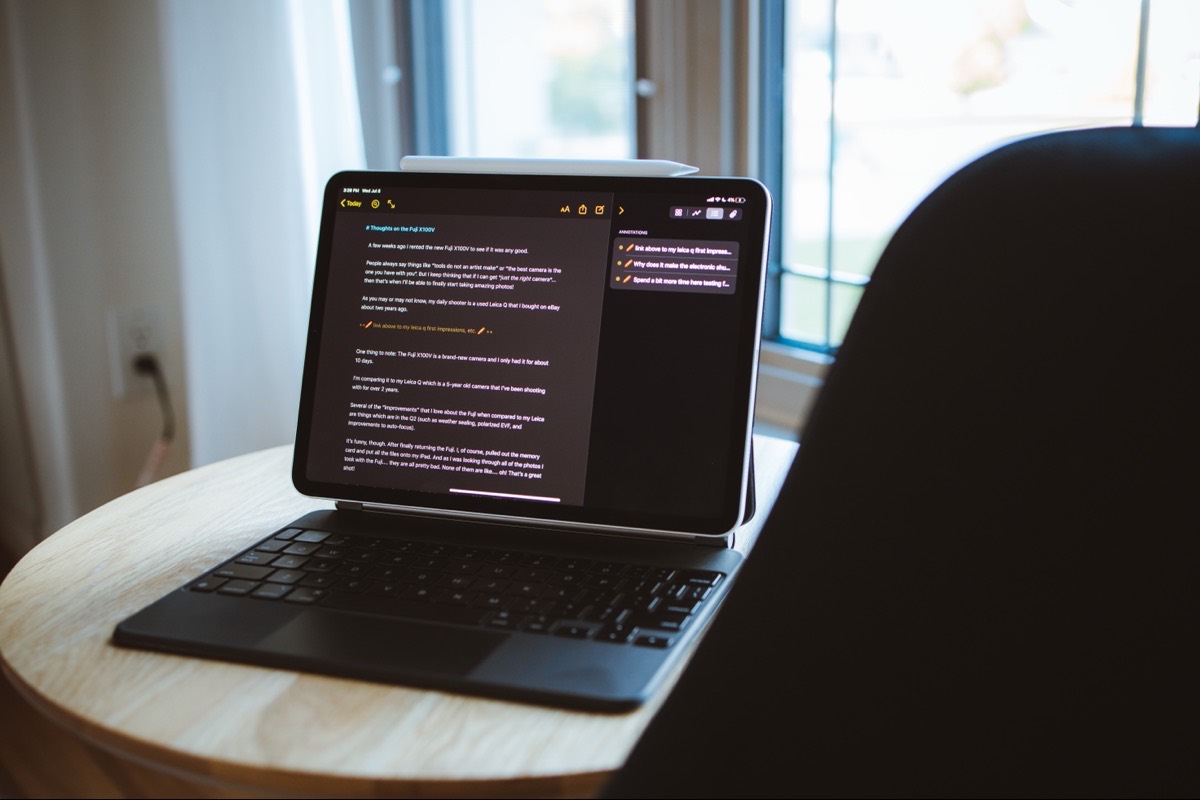 When I am writing an article for my website or newsletter list, I try to focus on just that: writing.

But the problem is that as I am writing, I am also thinking about what links, photos, or screenshots I want to add to the article. And there is usually at least a specific section that I know needs more writing or more research before it’s ready to go.

However, if I pause from writing every time I want to add in a link, capture a screenshot, or embed an image, then the overall flow of the article suffers. The best thing to do is to write when writing, and then add in all the extra stuff later when editing.[^1] 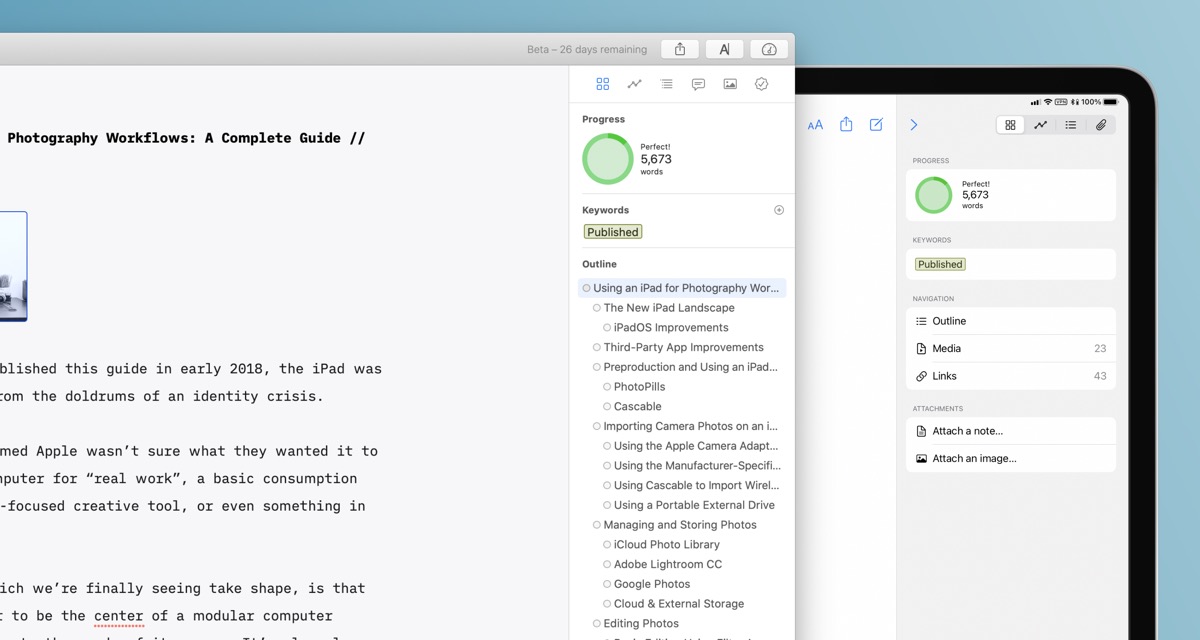 Ulysses 20 is a significant release, bringing both a grammar checking system and a major sidebar redesign to our favorite writing app.

Since we updated our Learn Ulysses course earlier this week, we wanted to showcase the new features that are part of Ulysses version 20.

P.S. Here are a few things to look forward to next week on the TSS blog:

Stay up-to-date by following us on Twitter or RSS.

Also, we have a weekly email that sums up all the new and cool things published to the site. Stay up-to-date via email and sign up here.

Popular: To Obsidian and Beyond

Save 50% when you get all nine in-depth courses to complete your library. »

Data Jar is one of those geeky apps that I have no business using. If you use the word “dictionary” in relation to Apple’s Shortcuts app, my eyes glaze over and I hit a mental roadblock. »

Using Focus Modes to Create User Profiles on the iPad

In my house, there’s a better way to use Focus modes. Focus has become my de facto multiple user profiles feature, and it’s quite easy to set up. »

Time Tracking Without Being a Pain (Sponsor)

Daily proactively asks what you are working on. No more timers, stopwatches, or note-taking. »

A while back, we surveyed hundreds of people about their biggest obstacles when it comes to creativity. The thing that we kept hearing over and over again was , "I don't know what to do with all these bits and pieces." »