Ulysses, our favorite writing app for iOS and macOS, takes another step forward in version 19 with full support for the new cursor in iPadOS, along with some important cross-platform refinements. 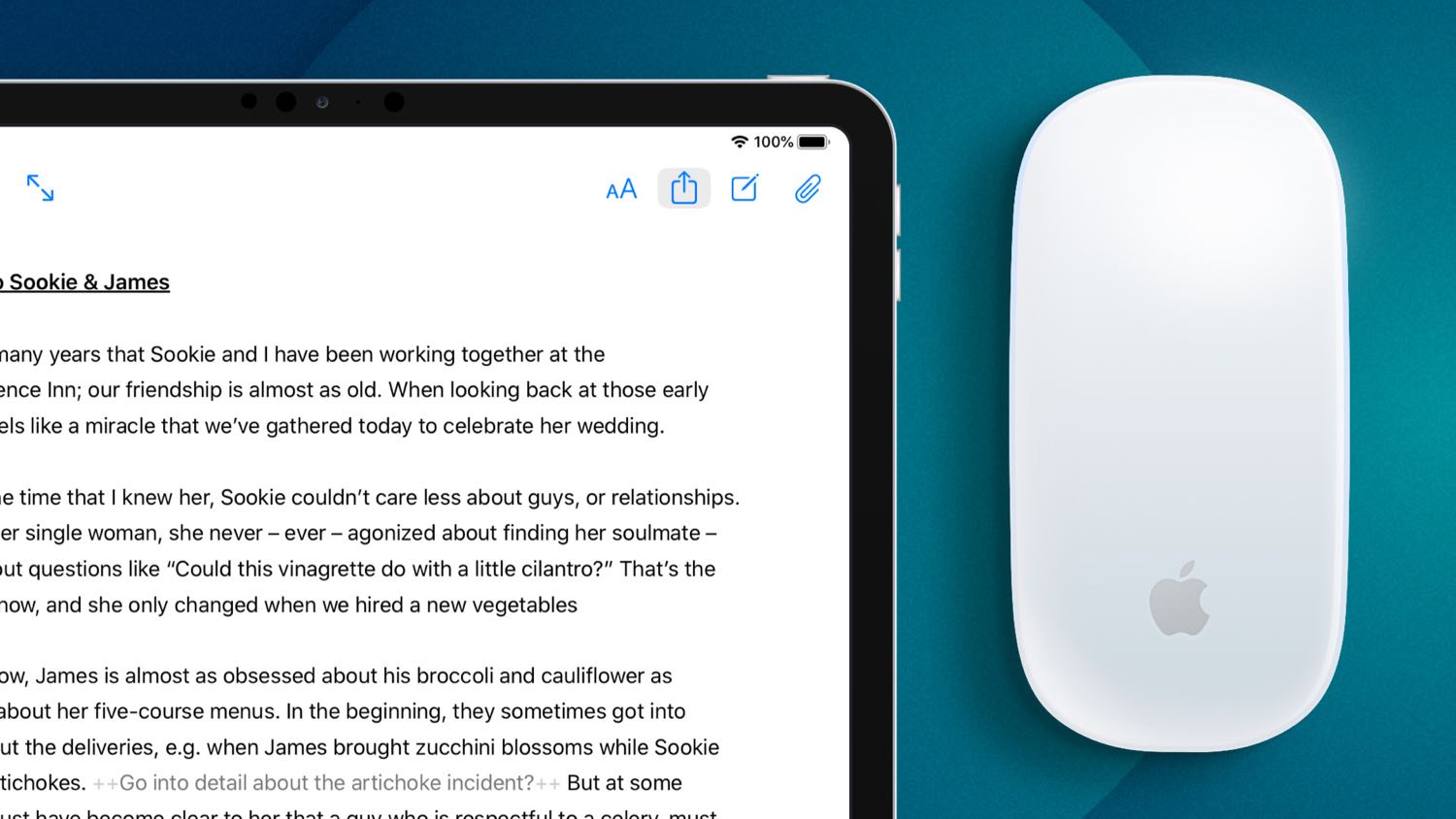 Ulysses now has full support for cursors on iPadOS.

Ulysses is quick to adopt new iOS technologies, and cursor support is just another example of this rapid development pace.

There’s nothing too surprising about how it’s implemented; you get the charming hover states for buttons, the ability to right-click to reveal contextual menus for sheets and groups, and you can use your mouse or trackpad to drag-and-drop sheets around.

Since Ulysses is a text editor, it’s also a prime example of how much quicker editing text can feel when you have the precision of a cursor to manipulate text or place your insertion point more precisely.

One of the nicest improvements now with native iPad cursor support inside Ulysses is that you can two-finger swipe to show and hide the library list views. 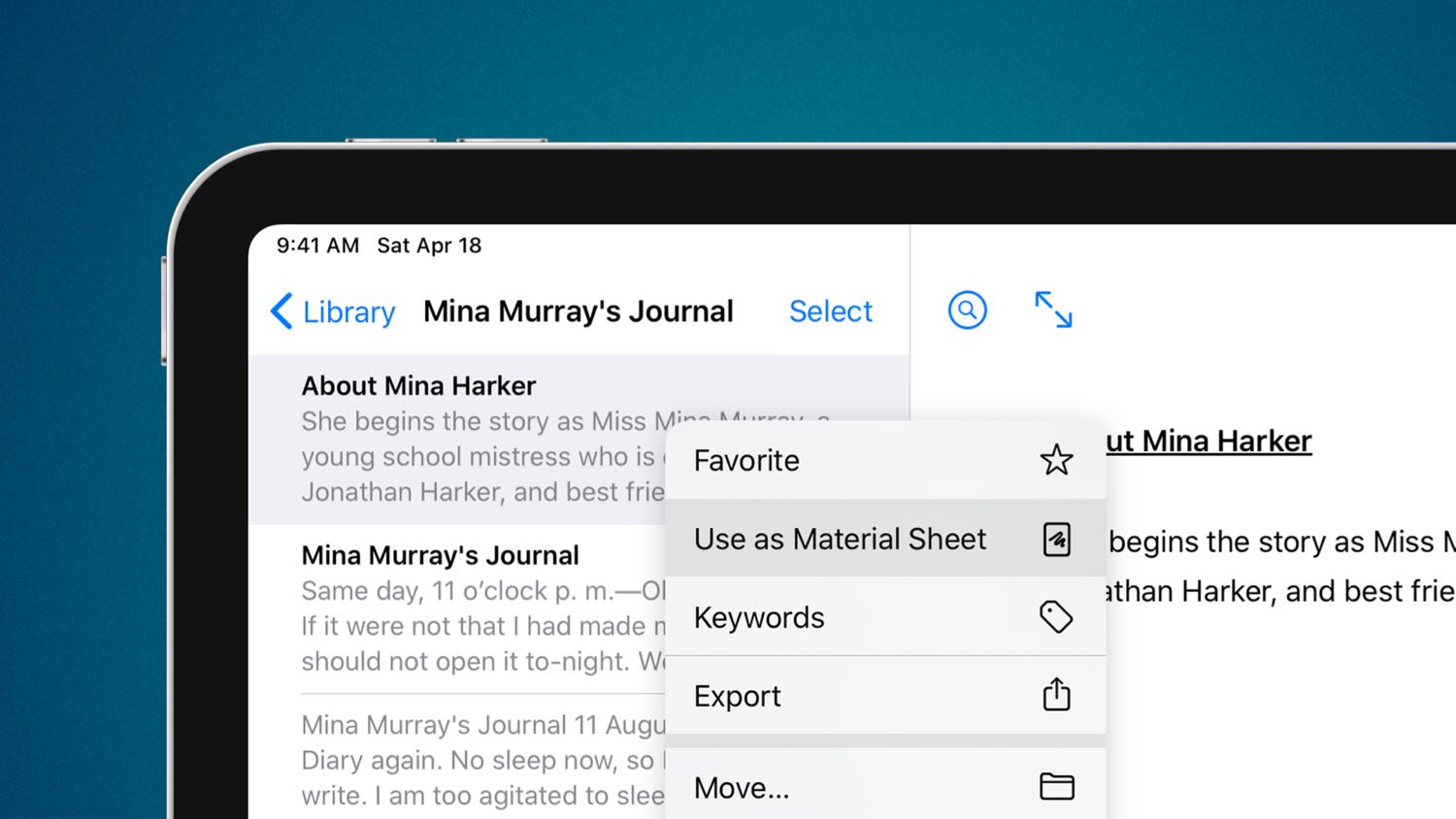 You can designate material sheets in Ulysses using the contextual menu.

Chief among the updates to Ulysses 19 is the concept of material sheets, a way to designate certain sheets (Ulysses’ version of “files”) as supplementary to the core material in that group.

It’s easiest to think of it as a way to exclude sheets from export. If you’re working on a novel and you have the various chapters and sections as sheets in a group, you can now keep additional notes, character studies, or other ancillary written material in that same group.

It isn’t just useful for fiction though; Ulysses’ extensive shortcuts support and ability to house sheet attachments makes it a viable note-taking environment too. As a result, non-fiction writers can take advantage of material sheets as a way to keep their research in the same place as their drafts.

When it comes time to export, any of these new material sheets will simply be skipped as Ulysses assembles your final manuscript or publishes to a connected blog. Similarly, material sheets don’t count toward writing goals or other group-level statistics.

External storage locations can now be added from Files on iOS.

There are two additional improvements specific to those of us who use external files in Ulysses.

The first is the addition of keywords to Markdown files. It used to be the case that keywords could only be attached to native Ulysses sheets, but now you can make use of them for plain Markdown files as well.

The implementation is clever too, designed to maximize compatibility with other markdown-based editors like Bear or iA Writer. Ulysses appends the assigned keywords as hashtags to the end of the file, making them immediately visible and functional in other apps that use keywords/tags.

This works the other way around too — files from other apps that use hash-based tags will be imported with the tags as keywords in Ulysses. 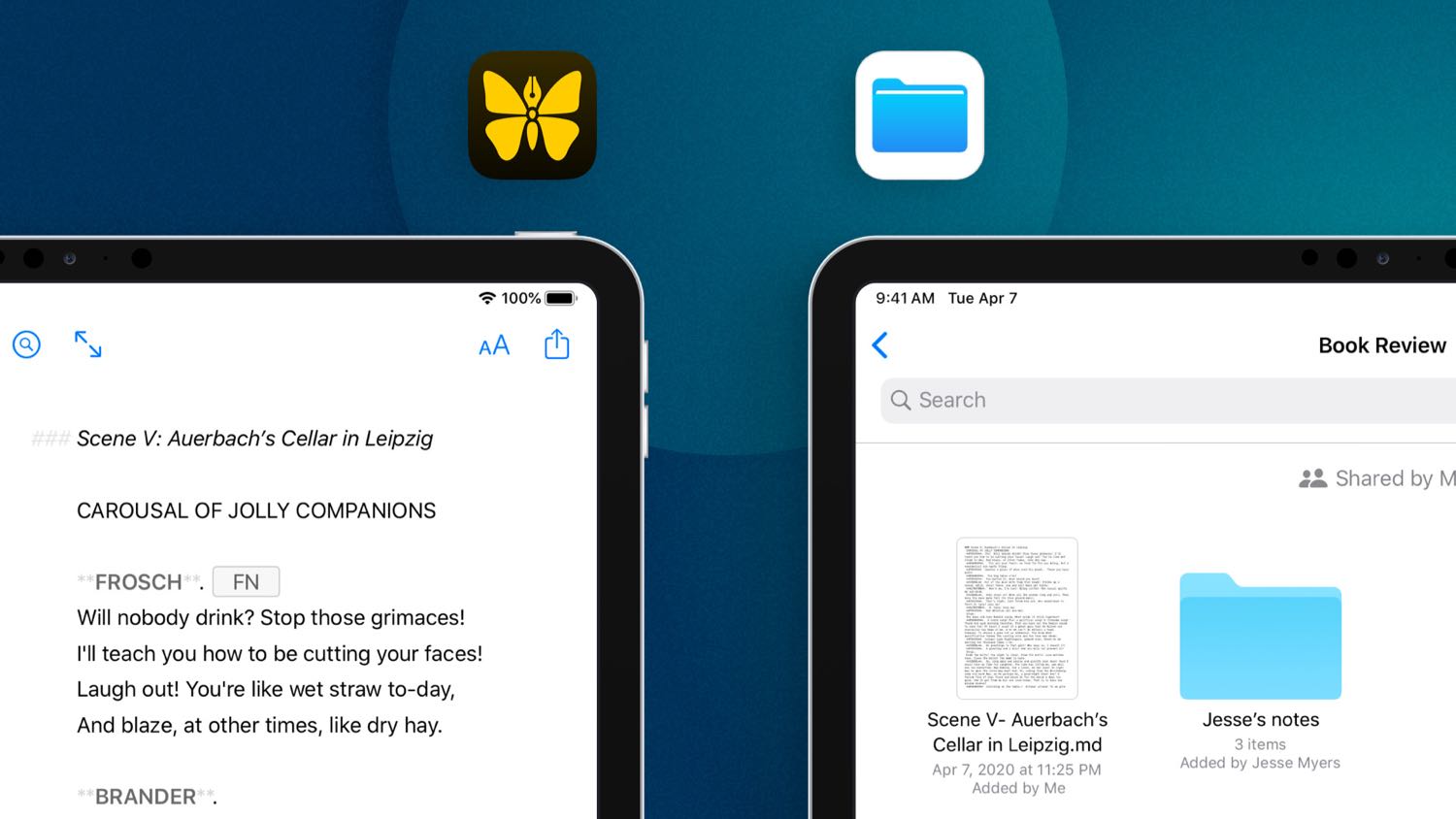 Keywords now work for markdown documents as well, making them transferable between apps too.

Secondly, iPhone and iPad users now have the ability to add external storage locations from any storage provider in the Files app. This means you can now add any folder from a third-party cloud storage service, or the local working directory for a remote Git repository, for instance.

I’ve been using this functionality to write and post drafts to my blog using Github and Working Copy on my iPad Pro.

There are a number of smaller quality-of-life improvements in this release as well:

And, perhaps most importantly, there is now a toilet paper icon available for customizing your groups and smart folders — use it wisely!

While I’m constantly delighted by the way Ulysses evolves, I do have a few lingering concerns that I look forward to seeing addressed: 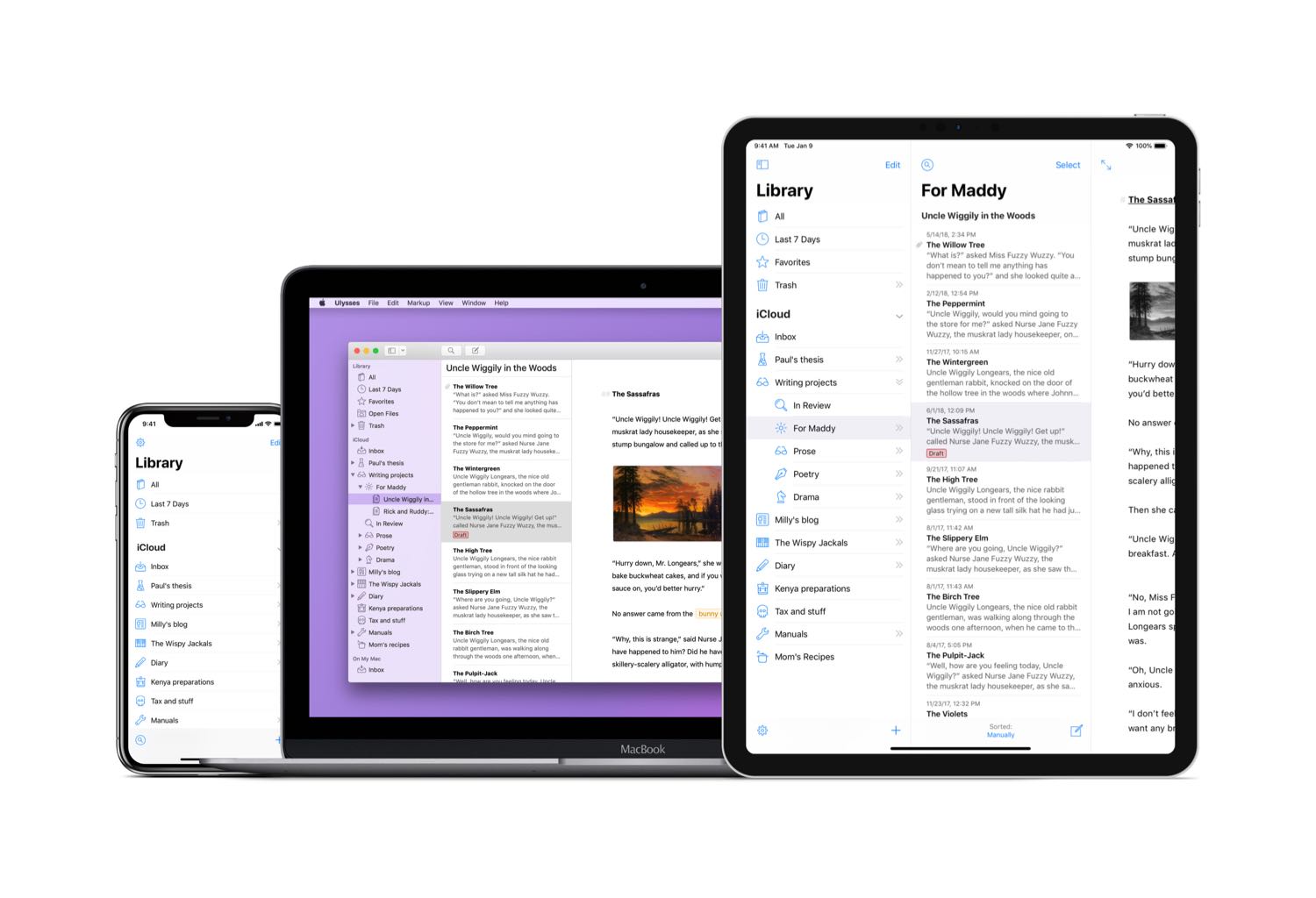 Even before the switch to a subscription pricing model back in 2017, Ulysses has been one of the most consistently updated apps on my devices.

The updates regular, and they almost always bring notable improvements to the experience of using the app, polishing an already excellent piece of software and elevating it to the upper echelons of design and functionality.