In this Mindfulness Monday post, we talk about how to use your technology to develop your ideas and turn them into action.

One of the biggest motivators for me in applying intentionality to my technology is creating the time and space to think. By purposely turning off the fire-hose of information, I’m able to process and develop my ideas. Sometime those ideas turn into articles, like this one. Sometimes they become a new course or product.

But without regular thinking time, they almost never see the light of day. 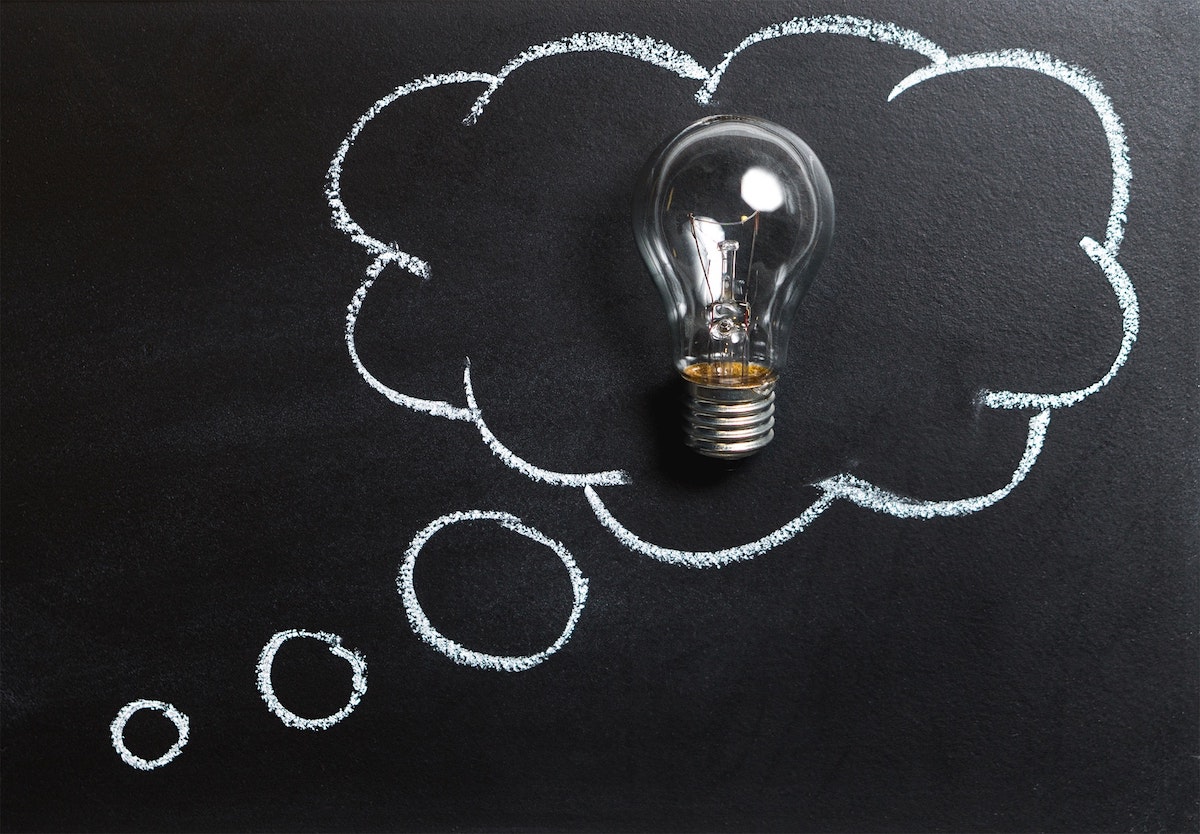 We recently conducted a survey about the biggest pain points people experience when it comes to capturing and managing ideas, and one of the things we heard over and over again was that it was difficult to turn ideas into action.

Here are a few of the responses we received:

“I’m pretty good at brainstorming — it’s finishing projects that I have difficulty with.”

“I don’t have any problems with coming up with ideas or even seeing the results of the ideas. It’s the organizing and implementation of the work of the idea itself to get to the results.”

“Nothing more frustrating than having a great thought and losing it.”

I get it. I’ve kicked myself many times for not jotting down a great idea when I had it, then forgetting about it later. Or capturing something and letting it sit for so long that by the time I saw it again, it was no longer of any use.

Over the years, I’ve worked on building my own idea development system. This is what I do to develop my ideas, turn them into action, and make sure that nothing slips through the cracks.

One of the mistakes that people make when it comes to developing ideas is that they assume the idea will be complete the moment the inspiration hits. While that can happen, in my experience it is extremely rare. More often than not, I need to marinate on an idea for awhile before I see what it really turns in to.

For me, the ideation process has a couple key steps from start to finish:

You can modify the tools or the approach, but if you’re really going to fully develop your ideas to produce the best possible results, you need to have all three.

First is the capture phase. This is where you just want to get the idea down so you don’t forget about it.

It’s important that this step has as little friction as possible. If the process or tools you use to capture your ideas are cumbersome or difficult to use, you’ll find yourself resisting the act of actually capturing it. You may even think to yourself that you’ll remember it later, but chances are you won’t. It’s important you capture your ideas so you don’t forget about them.

For me, this is always Drafts, and usually my iPhone. Whenever I have a thought I want to capture — whether it’s something I need to do, an article I want to write, or something I want to add to a course — I jot it down in Drafts first. From there, I clear out my Drafts inbox every couple of days and decide what to do with each item or idea that I captured. The important thing is to have a place for everything. For example, tasks go into my task manger, phone numbers go into contacts, etc. But they all start in Drafts — the moment inspiration strikes, I pull out my phone and jot it down.

But that’s it. I don’t take action on it yet because I know it’s not fully baked.

I know that when you get inspired, it can be tempting to to just jump in and start working while motivation is high. But I want to caution you not to just jump in and do the work without thinking about it first. Resist the urge to begin a project as soon as you see the first thing you need to do to get started. You’ll save yourself a lot of headache if you take a little bit of time to think about it first.

The next step is the develop phase. This is where I noddle on an idea and flesh it out before I start doing anything with it.

This is the piece many people miss, and one of the best uses of mind mapping in my experience. Building a mind map is a great way to consider all of the angles and perspectives of an idea before you take any action on it. Have you ever jumped into something and worked on it awhile, only to discover halfway through that you should have actually done something else? You can avoid that wasted effort by spending a little time developing your ideas before you start working on it.

I find this extremely important whenever I want to write a longer article or build a product like a video course. By spending even 30 minutes creating a mind map, I usually find that while my initial idea was pretty good, there’s a better way to approach what I really want to create. It also helps me to establish the skeleton or structure of the post or product, making it easier to just sit down and write when I need to. As a result, I don’t really struggle with writer’s block, and I believe it’s largely because spend a little bit of time mind mapping before I start to write.

The last step is the action phase. Many people try to jump straight here because it feels like they are being more efficient by just doing the work. In my experience, taking action without spending time to develop the idea first is a huge mistake. Only when you have developed the idea do you even know whether it is worth pursuing! Many times I have captured an idea, developed it in a mind map, then decided that it just isn’t worth the time and put it on the back burner while I move on to something else. Mind mapping the idea first is a form of an idea filter and saves me from doing things that aren’t the best use of my time or not in alignment with my vision, values, and goals. The ideas that do make it through are well-defined, so in addition to knowing that I picked the right ones, it makes the work I have to do to execute on them even easier.

There’s a couple things that make this process work for me:

The end result is that I constantly am moving ideas from capture to develop to action. There’s always several things at each stage, which allows me to keep the pump of creativity primed.

The next time you find yourself struggling to turn ideas into action, try this:

You might just find that you are much more creative than you ever gave yourself credit.