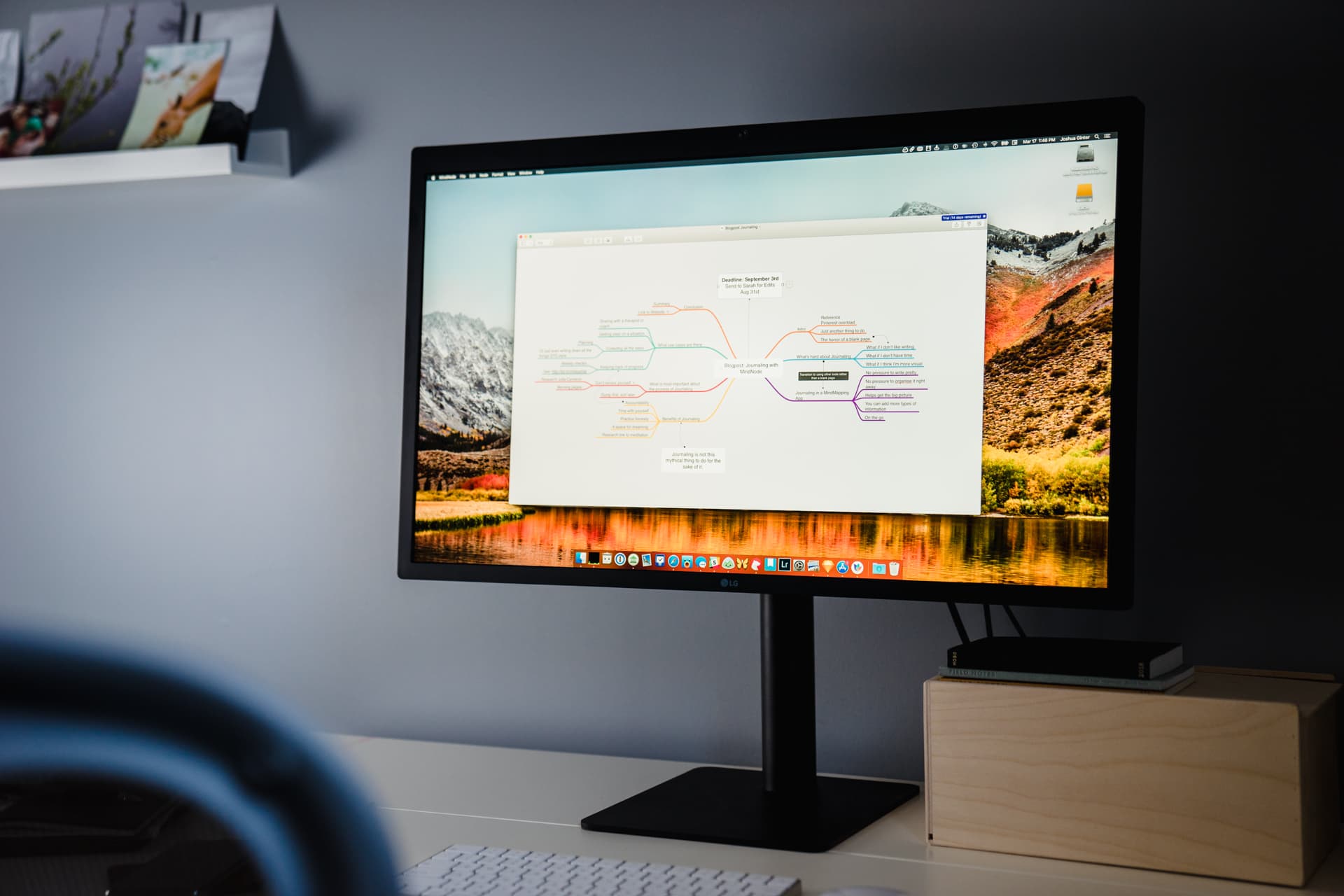 “Nothing is more frustrating than having a great thought and losing it.”

That’s what one of our readers said when we asked about their biggest struggles with capturing and developing ideas.

As a writer myself, I get it.

I hate when I get a great idea for something, then forget about it because I’m too busy doing something else. I think I can trust myself to remember it later, but I usually just forget.

Maybe you can relate with the folks who told us they struggle to be creative in the first place. Their challenge is in generating any decent ideas at all.

We get it. Every writer has stared in terror at that blank screen with the cursor just blinking… blinking. (So annoying!)

But for me, I don’t struggle with writer’s block anymore.

Because I have a system for capturing and developing my ideas.

My system isn’t complex. It makes sure that there is always something there, waiting for me, whenever I sit down to create.

This idea development system gives me the momentum I need to get started, and it allows the ideas to flow.

Here’s a brief overview of my idea development system.

(You NEVER start at the end. I’ll explain why later.)

Here’s how the system works:

First, I CAPTURE every idea the moment I have it. I use Drafts on my iPhone because I always have it with me.

I capture a lot of things in Drafts, so I always preface my idea with the prefix of “idea:” (surprise!), such as:

Then at the end of the week, I go through my Drafts inbox and COLLECT all of the good ideas and move them into my task manager (along with the tag idea).

Obviously, not every idea makes this cut. But I don’t worry about that when I have the ideas. I just jot them down and decide on them later. If it makes the cut, it goes into my task manager. Here’s a screenshot of my current list of ideas (in OmniFocus): 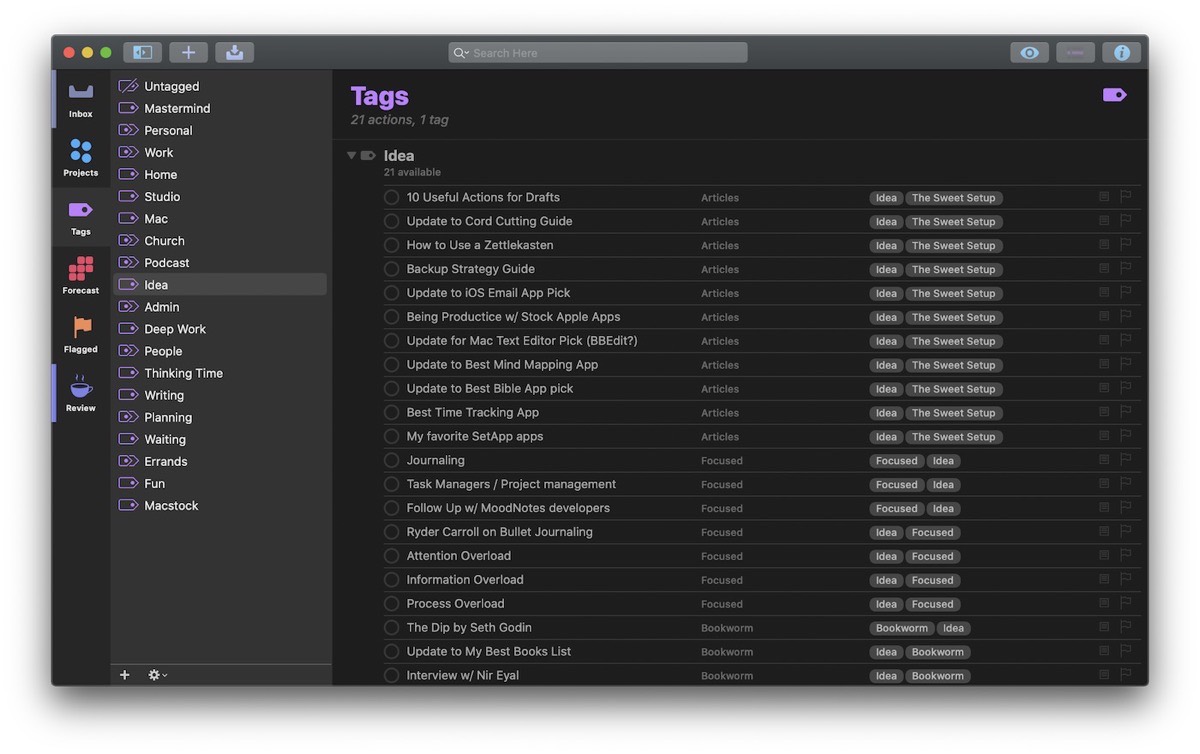 (Yes, I’m the outlier here at The Sweet Setup who uses OmniFocus instead of Things.)

So now I have a nice clean list of good ideas that have already been curated once. And when I need to come up with an idea for an article to write or a podcast to record, I can go to this list and just pick something.

Pretty cool, right? I never have to worry about finding something to write about again!

But the real magic is in what happens next (in step 3, “Develop”).

You see, just having an idea isn’t enough to translate to a successful article.

That’s why the next step in the process is the most important.

What I do next to DEVELOP my ideas has completely revolutionized my creative process.

My approach to developing an idea is so helpful, that by the time I need to sit down and write, the article pretty much writes itself.

P.P.S. I’m also about to share some key details about my entire writing workflow that I use for publishing to The Sweet Setup via Ulysses. If you’re a Ulysses user (another one of our favorite apps), then I’ll be sharing some workflow examples that we think you’ll love.