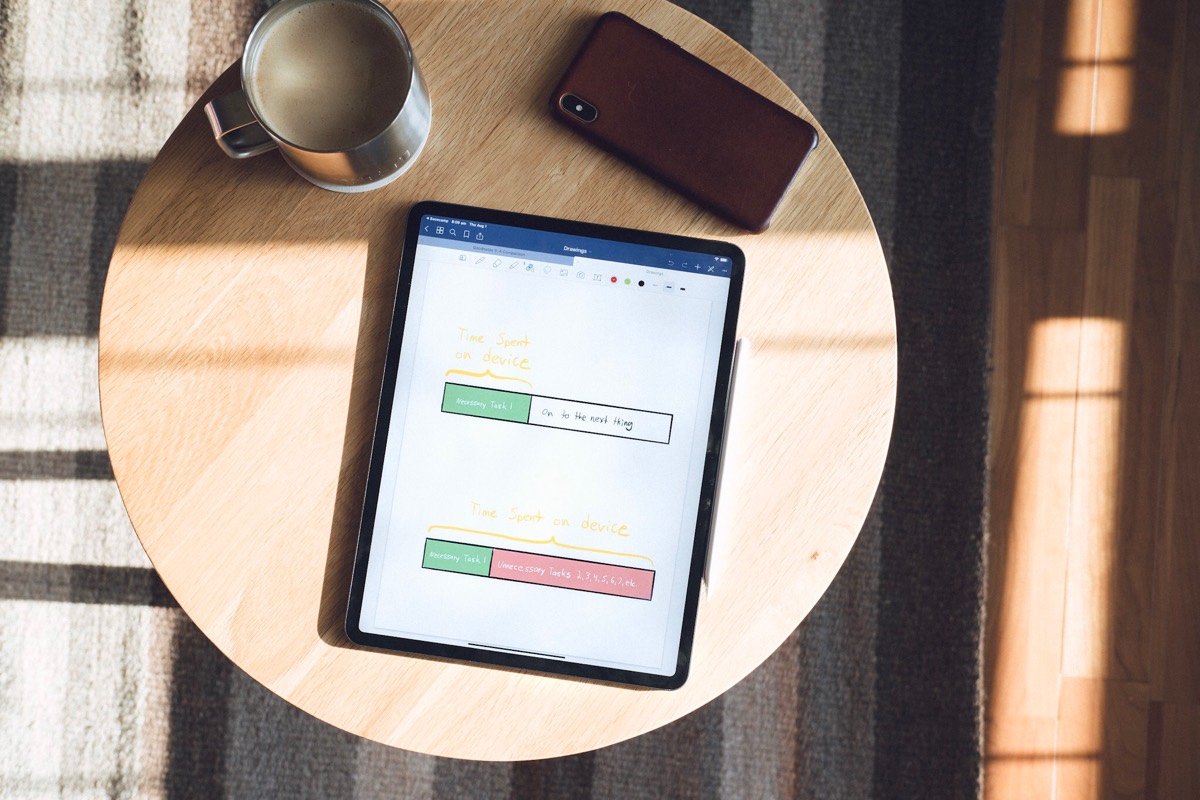 Our goal at The Sweet Setup has always been to help you find the best apps for your iPhone, iPad, and Mac. But over the past several years, we’ve found that the word “best” has changed in meaning a little bit.

In the past, the “best” app was usually the one that gave you more features and functionality. It made things possible that weren’t before, or it made it easier to do your work. The focus was on efficiency and doing things faster because that freed you up to spend more time on the things that were important. Usually, the best app was the one that allowed you to do more.

But we’ve noticed that the way people use their technology has changed over time.

According to Dscout, the average smartphone user touches their phone 2,617 times each day (if you’re in the top 10%, it’s actually more like 5,427). Another study shows the average American spends over 4 hours per day on their mobile device (a quarter of their waking hours) with half of that spent browsing social media. But I’d wager a bet that the majority of that time is spent, by default, without intentional thought as to what it is we’re actually doing.

Instead of using the power of our technology to make and do amazing things, the majority of us get sucked into the endless feeds and infinity pools that Jake Knapp and John Zeratsky warn us about (two ex-Google employees, by the way) in their phenomenal book, Make Time.

Instead of calling a friend to check in, we check our email. Instead of jotting down ideas, we see who liked our last Facebook post. Instead of writing in our journal, we end up scrolling through Instagram.

In short, we’re consuming instead of creating. By default, we’re constantly chasing “more.” We can’t resist the siren call of the new and shiny, so we’re pulled mindlessly toward the mesmerizing glow of our screen without thought to what we’re really doing there.

But that doesn’t mean the technology itself is bad — just the way we’ve been conditioned to use it. As Jake and John explain:

“When we use our smartphones to navigate an unfamiliar city, or have a video call with a friend, or download an entire book in mere seconds, it’s like having superpowers. But by default, we don’t just get the best of modern technology. We get all of it, all the time. We get futuristic superpowers and addictive distraction, together, on every screen. The better the technology gets, the cooler our superpowers will become — and the more of our time and attention the machines will steal.

We’ve seen this trend ourselves, but the solution isn’t to seclude ourselves from technology in a secluded cabin in the woods. We love technology and apps as much as we ever have, but we’ve shifted our perspective a bit to redefine what we consider the “best.”

Is this the best way to use this technology to support my values?

Our goal (in the words of Cal Newport) is to “transform technology from a source of distraction into a tool to support a life well-lived.” 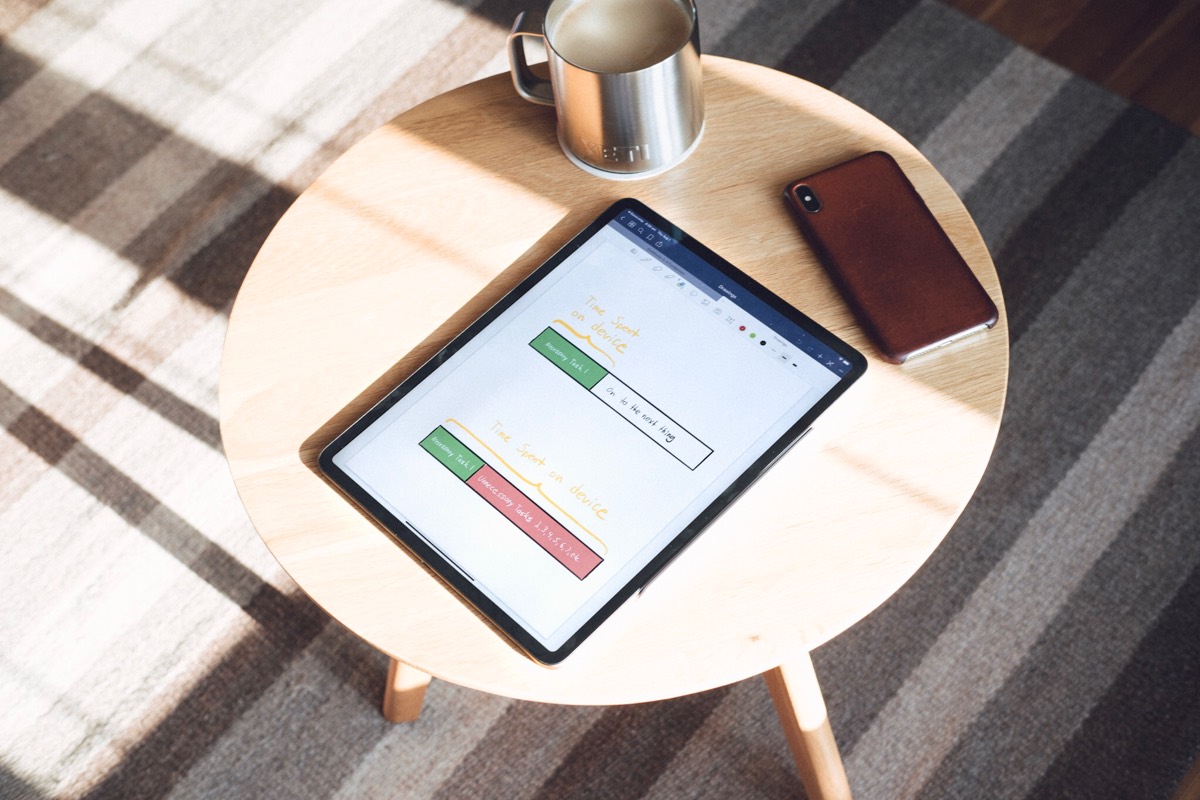 Applying Intentionality to our Technology

The danger with a device that can do anything is just that:

It can do anything.

And because it can do anything, we end up trying to make it do everything.

But not everything is worth doing. Not every piece of information is worth receiving a notification about. Some definitely are (a text from your significant other), but they have become the exception instead of the rule. The net result of a reactionary life is a lot of noise with very little signal.

In an ideal world, you would only be interrupted by things that are truly important to you. Imagine a world where every email you received contained valuable information or every text message was from someone you wanted to hear from. Imagine if every time you looked at your phone it brought joy and happiness.

Sounds too good to be true, right?

It’s not. We just need to apply some intentional constraints around how we use our technology. We need to redefine what’s “best” for us and reconsider our defaults.

When you launch a new app on your iPhone, 90% of the time the first thing you see is a request to allow notifications. More often than not, the default is “yes.”

Don’t believe me? Go into your Settings right now, tap Notifications, and count how many apps have the permission to interrupt you at any moment (when I did this, I had 74).

But it doesn’t have to be this way. We can reclaim our time and attention for the things that really matter if we apply intentionality to our technology by focusing on less but better. True, we may lose out on a few efficiency gains, but that will be more than made up for by the avoidance of infinity pools. The careful construction of distraction-avoiding roadblocks is important if you want to change the defaults and change the rules in your favor.

“Almost everything will work again if you unplug it for a few minutes, including you.” – Anne Lamott

This is what we consider the ideal way to interact with our technology:

With a focus on power, efficiency, and “more,” this is often what it looks like instead:

By default, we jump from thing to thing until whatever margin we have is filled. By default, we live our lives in response to the ding.

Our willpower is limited at best, and if you don’t close the door to distractions, you will get pulled outside. When we seek efficiency for efficiency’s sake, we fling that door wide open — clueless to the impact it has on our mental and emotional state.

“There is nothing so useless as to do efficiently that which should not be done at all.” – Peter Drucker

Even Apple and Google, makers of the most popular mobile operating systems in the world, are placing an emphasis on digital health. Here at The Sweet Setup, we want to do the same. So over the next several weeks, we’ll be looking at apps that help facilitate a mindful approach to your technology — apps that make interaction with your device a net positive. For example, Day One recently released version 4.0 which added an integration to Apple Health to add time spent editing journal entries as “Mindfulness Minutes.” We love Day One (and even created a course on it), and the new Apple Health integration is a perfect example of how we think technology should help shape how we live our lives, not run them.