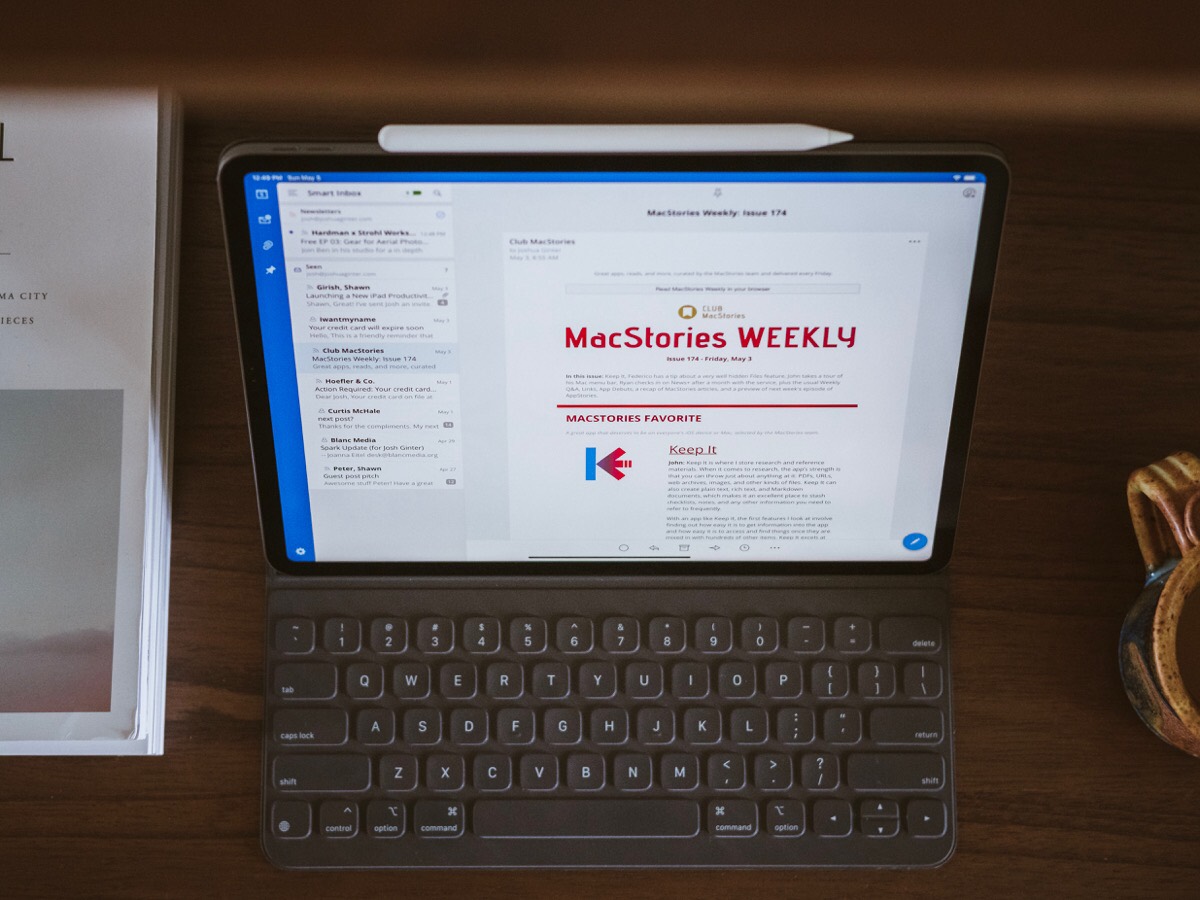 Being the developer of a third-party email client on iOS isn’t easy.

For one thing, Apple ships a perfectly capable email app that comes pre-installed on every device. It can be tough to convince a customer who already paid a ton of money for their iPhone or iPad to fork over more dough for an email app that offers additional features or a better user experience. The productivity apps space has also never been so crowded, so for the small percentage of people who are willing to pay for a premium productivity app, the competition is fiercer than ever. 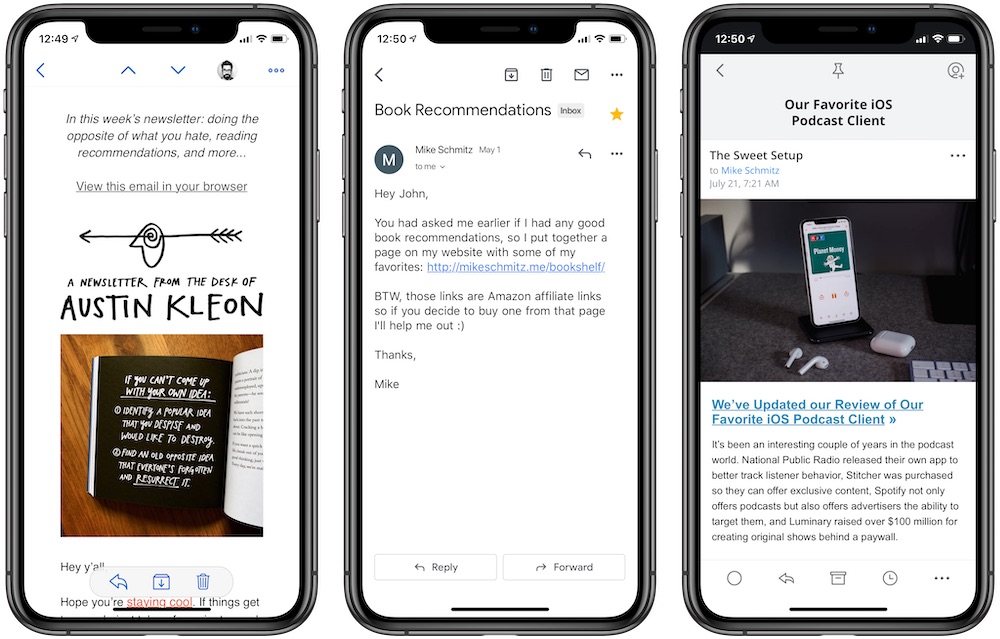 So as a developer of a third-party iOS email client, what are you supposed to do? How can you convince enough people to pay for your extra features and functionality so that you can operate a sustainable business?

It’s not an easy problem to solve, but we are a little concerned by a couple of trends we’ve noticed recently:

#1: The switch to subscription-based pricing is getting old.

Subscription fatigue is a very real thing. While we wholeheartedly believe in supporting the developers of your favorite apps monetarily, there’s only so many subscriptions people are able (or willing) to pay for. And as a subscription trying to make the cut every single month, you’re not just competing against the other iOS productivity apps competing in your space. You’re also competing against every other recurring subscription vying for disposable income on a customer’s credit card statement. And if the customer has to choose between Netflix or your email app, there’s a very good chance Netflix will win.

Which raises the question: is any email app worth subscribing to? It’s not an easy question to answer. For many people, Apple Mail will work just fine. While they may prefer some of the features in apps like Airmail (which just last week announced a switch to a subscription-based pricing model), you have to use email a LOT on your device in order to justify the cost for simple or personal use.

Spark, (our favorite third-party email app), is an interesting fit here because the personal version is completely free. While we’re generally wary of free apps, Spark does offer a very clear upgrade path and business model. While team-based collaborative email isn’t needed by everyone, it’s also clear how extremely valuable it can be to those who do. This allows Spark to avoid the subscription pricing model for people who just want a great iOS email client without a recurring cost, but does give the company a (hopefully sustainable) way to be profitable and keep the lights on.

To be clear, there are definitely app categories that do justify the cost, but each individual must reconcile in their own mind the value they’re getting in exchange for their hard-earned dollars. TextExpander is one that comes to mind for me, because the amount of time I save using TextExpander easily justifies the monthly cost. But the value from time-saved can be a lot harder to quantify with an email app.

Unfortunately, the story of an email app subscription with a shady privacy policy that becomes public is a fairly common tale. Newton got in trouble for this when it resurfaced not too long ago, and the most recent company to make negative press in this area was Superhuman.

Which naturally raises the question: why does this keep happening?

Again, there is no simple solution, but perhaps our reliance on all things Google is partly to blame here.

For a long time, people with privacy concerns have shied away from using Google services. But for many others, the value of the service Google provides (whether it’s Gmail, Google Search, Google Docs, etc.) is considered a worthwhile exchange for some personal (but not sensitive) data. The problem is that there really isn’t a lot of transparency here, and most people don’t understand the amount of personal data that Google has on them from using these services. Which again, as long as you are okay with the exchange, is a completely fair trade.

But as other email apps look to offer additional features and functionality to justify the subscription costs every month, many of them appear to try to take the Google approach. They take the info they need (since they have access to it from your email) and in return promise to give you additional features like machine-learning that can help sort your email for you.

Sounds okay, except none of these apps are Google.

It’s hard for a customer to really see the value in sharing personal data with a productivity app that may or may not be around tomorrow. It’s a much harder sell — which is why companies too often ask for forgiveness rather than permission. It takes time to develop trust, and people (rightly) get upset.

I’m all for developers pushing to create new and better ways of doing things. The problem comes when the way they implement these new features locks you into using a particular app because of the way the features are implemented.

I call this Email-as-a-Service. Let me give you an example.

I used to love the app Dispatch. It was a simple third-party email client that allowed you triage messages quickly, sending them to the appropriate place so you could deal with them later. There have been other apps that offered this functionality since, but Dispatch was the first that I found and it used the system default message:// URL scheme for the link back to the original message. This allowed you to open the message in any email client.

Every other iOS app I’ve tried uses their own proprietary link format (i.e. spark://1234567890). There may be some technical reasons behind this approach, but the consequence is that the user is forced into an app platform. Along with being forced into a single app platform across all your devices, this approach obviously causes you to use a particular app more. And as you use that app more, you develop a reliance on not only the application itself, but the entire framework its features are built on.

Does email really need a proprietary service? Our entire email world is largely built on a standard IMAP framework (Google is a little bit weird, but basically still IMAP), and the farther we move from an accepted standard the more shaky the foundation of our productivity system becomes.

Take the recent Airmail switch to a subscription as an example. Airmail has revised the offer for the premium service to now include live support, themes, and Agenda integration, but initially one of the two features offered in the subscription was “push notifications.” This didn’t go over well, and it’s easy to see why — CloudKit offers the ability to use push notifications, but there are probably legitimate reasons for using their own server infrastructure (like the ability to use VIP-style notifications).

Maybe the standard stuff is good enough. Maybe the market will show that customers don’t care about the extra layer and would rather their email client just played by standard rules. As Apple Mail continues to improve, it gets harder and harder to justify an additional (and seeming increasingly higher) cost for features which aren’t always available on every platform.

But right now, we’re in this weird transition phase while this all plays out. Until it does, there will be a lot of weirdness and angry people who aren’t willing to put up with the growing pains of companies that are still trying to figure out how to make their business sustainable.

Based on the current landscape of third-party iOS email clients, there are really only two options we recommend:

We believe Spark provides the clearest (and fairest) business model. It’s very clear what Spark gives you and how they make money. The free version gives you everything you need for personal email, and if you have a need to collaborate with others, then the Team plan offers great features at a fair price. It’s also developed by Readdle, a trusted company with a reputation for making great software on Apple platforms. It’s highly unlikely they will make the same mistake the Airmail folks did by removing features customers had become accustomed to and suddenly putting them behind a paywall without prior communication. But that doesn’t necessarily guarantee that Spark will be around tomorrow, either. Nevertheless, it’s the single option we currently recommend and the one we feel is best positioned to do right by their customers going forward.

There have been many iOS email apps that have come and gone over the years. It’s proven to be a very difficult category to be successful in, but the stakes here are high. Is there a market for third-party email apps that accommodate power users without charging a hefty subscription to support semi-standard features and compromising user privacy?

Time will tell, but we certainly hope so.

We’ve got a new project in the works related to email and inbox management. If you’d like to be the first to know more, drop in your details.

NEW: Manage and Develop Your Ideas

Save 40% ($128 discount) when you get all seven in-depth courses to complete your library. »

Woven is the fastest way to schedule your life. Advertise Here

The Best Calendar App for iPad

Fantastical is the best calendar app for the iPhone because of its great design, superior natural language text entry, and its support for iCloud reminders. »

Recently, I shared with a couple of friends about the new mind mapping course we just released, and one of them (Brandon Wentland, who previously shared his sweet setup here started telling me about some of the cool ways he uses mind maps to run his digital marketing agency. »

Catch up on what we published this past week, as well as a couple of interesting posts and announcements that some of our friends made this week. »

4 Ways I Use Mind Maps to De-Stress My Life

Mind mapping has long been one of my favorite tools to help me get thoughts out of my head and onto paper (or screen) as well as give things a _semblence_ of order without enforcing a strict structure. I realized some time ago that there are particular areas for which I frequently turn to mind maps, and the benefit of this is tangible. »

Last fall I committed to give a webinar presentation. And that presentation was yesterday (Tuesday, Feb 11). And, believe it or not, I didn’t actually put the presentation together until yesterday morning — just a few hours before it was due. But! It was not my fault… On Monday of this week, I was finally […] » 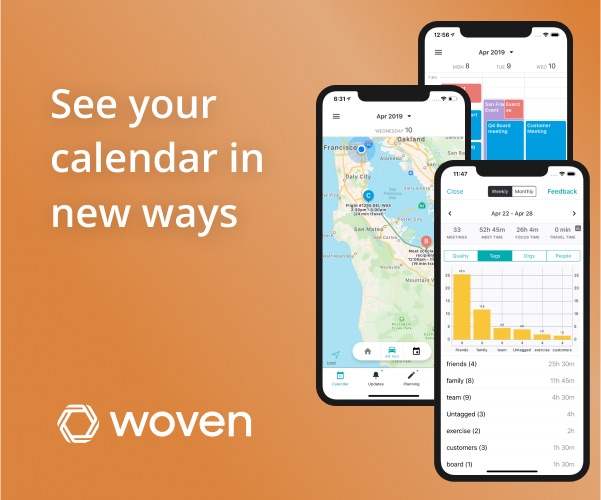