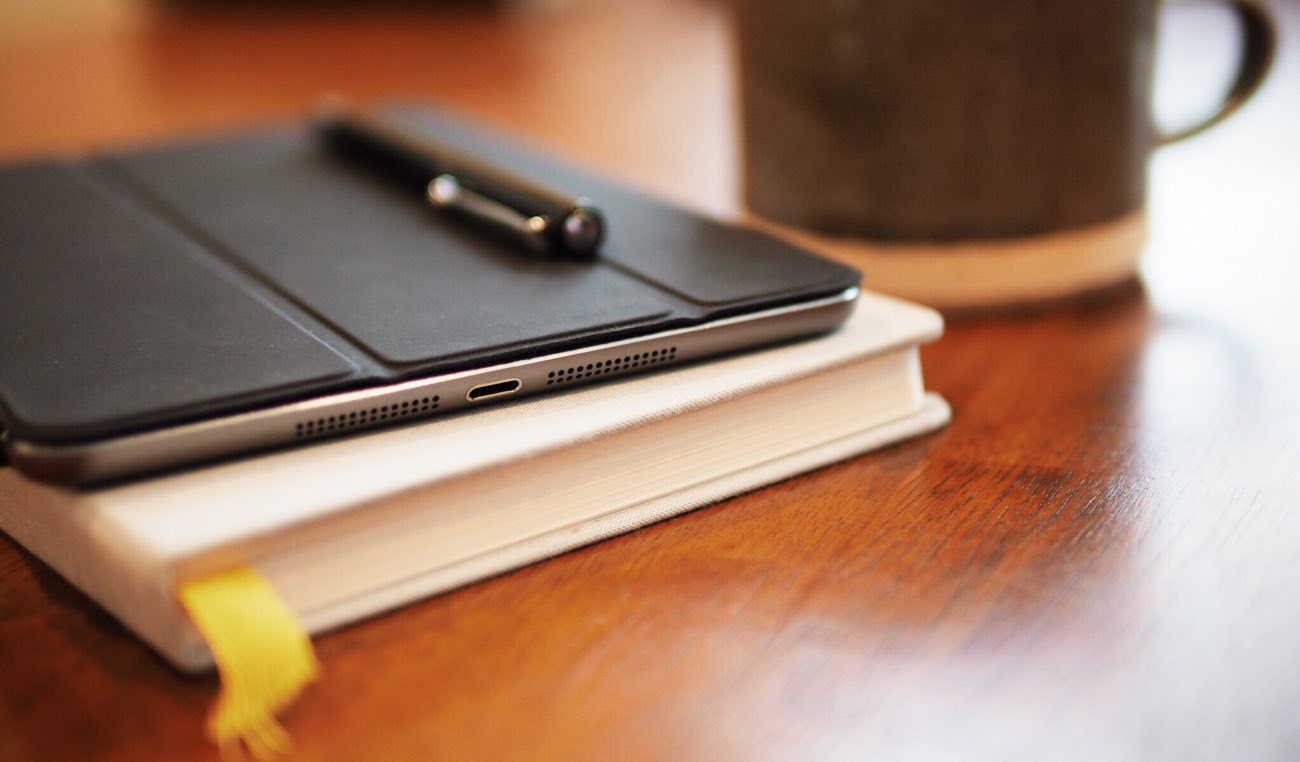 The Sweet Setup began in the fall of 2013. Wow! I can’t believe how time has flown since we began several years ago.

In the months leading up to the launch, we worked with several friends and other writers who were contributing to the initial set of reviews so that we launched the site with about a dozen or so articles already in place.

But, there was one article that I wanted to be sure I wrote myself: the pick for best journaling app. The pick was, of course, Day One.

I seriously love this app.

What’s special about Day One is more than just the fact that it’s the best journaling app for iOS and Mac. It’s also stands as a truly great app.

Day One is well designed and full of thoughtful details. While being jam-packed with clever features, Day One doesn’t overwhelm. And because it’s so versatile, you could use it for just about anything — certainly more than a humble journal.

Because I’ve put so much time and so many words into my Day One over the years, I wanted to share a bit of how and why I use it…

Day One as a Productivity Journal

I don’t know about you, but for me, it feels as if my list of things to do is pretty much never ending. Like a nightmare game of whack-a-mole, I cross off one task only for it to be quickly replaced by another one.

I’ve been working from home and for myself since 2011, and there was a season of life where I frequently felt as if my days were wildly unproductive. It wasn’t that they actually were unproductive, but simply that they felt that way.

This is something that has helped me enormously is the process of recognizing my daily progress. There has been much scientific research done to show that when people see they are making progress, it builds up their intrinsic motivation and increases their overall work satisfaction.

And I’m all for anything that will give me momentum in my work and a sense of accomplishment, which is why at the end of my day, I open up my Day One and I write.

Actually, it’s not so much writing… it’s more about getting things documented.

By jotting down the loose ends of my work and leaving things alone, it has helped tremendously to let my conscious mind not keep work at its forefront when it’s not office hours.

Because Day One on iOS (and Mac) can tag your entries with a location, it makes for an excellent travel log. And then, when on the Mac, you just open up the Map View and boom: All these dots showing where you’ve been, with the corresponding entries and photos right there. 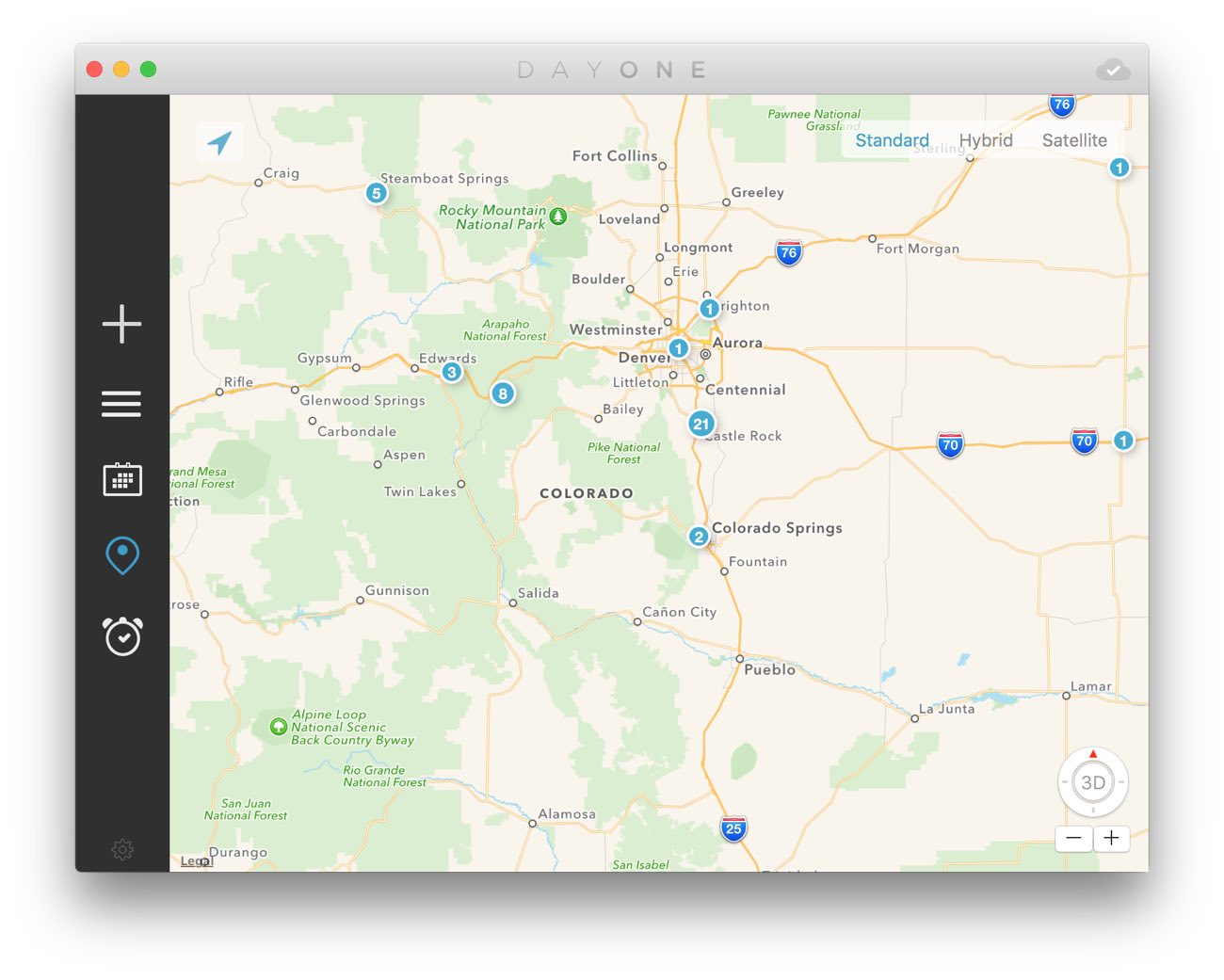 Day One as a Photo Book & Scrap Book

How many moments have you documented with your iPhone’s camera? About a billion? Me, too. That’s why the turning point for me, when it came to using Day One, was when the app began supporting photos.

But, in addition to photographs of people and places, I also take photos of documents, such as the birthday cards that my toddler boys made for me using crayons and stickers and construction paper. Or the anniversary cards from my wife. Or the hand-written letters from my grandpa. These are valuable memories, and I love that I can photograph them and put them right into my Day One.

And, since so much of my work is done at a computer, I also will put screenshots into my Day One. For example, when this very website — The Sweet Setup — launched back in November of 2013, I took a screenshot of the home page on launch day as well as a screenshot of our traffic log after the first 36 hours. And, of course wrote a few words of context to go with the images.

Reviews of Books, Movies, and Coffee

After I finish a book, watch an especially fantastic movie, or drink a delicious cup of coffee, I’ll often “review” it in my Day One. Usually these fun and informal reviews are just that: fun and informal.

Though I would love to start putting more energy into my book reviews for non-fiction books, pulling out the key takeaways and highlights from the book I read is a good start. Having that information written down while the contents and ideas of a book are still fresh would no doubt prove to be invaluable in the future.

Which is why I try to capture those words of encouragement into my Day One. Oftentimes, in the thick of life, it can be easy to lose sight of ourselves. We personally feel in the thick of it and we don’t always see the good we are doing. And so, to be able to look back at the kind and truthful words that others have said to us can be encouraging, to say the least.

Two Parting Thoughts — One Philosophical and One Practical

I’d also love to mention that The Sweet Setup team and I have put in much time and energy to put together a book about, you guessed it, Day One.

It’s called Day One In Depth, and it’s available now.