David Sparks just released a major update of his already phenomenal Shortcuts Field Guide. The new version, which has 107 videos and over 6 hours of content, has been updated to cover all the awesome new Shortcuts features in iOS 13. There’s actually quite a bit that’s new, including new automation features and better integration with other apps. 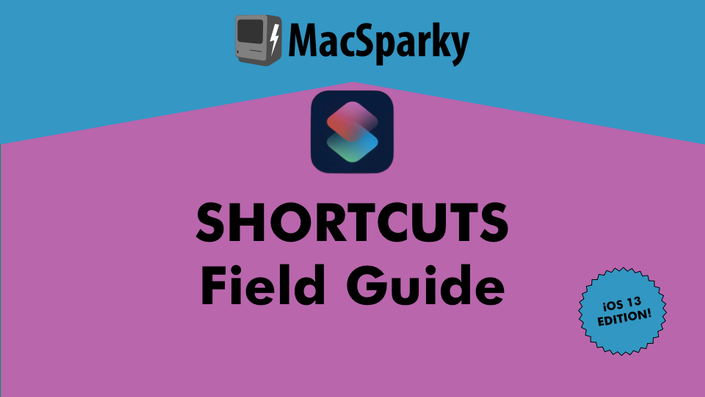 If you’re new to Shortcuts, the Shortcuts Field Guide is a great place to start as it will get you up and running in no time. The course is formatted into sections, starting with an intro to some of the basic concepts in Shortcuts, then diving deep into triggers, actions, and the like. Even if you’ve never used Shortcuts before, it won’t be long before you’re doing things like:

I’ve gone through a lot of the course myself, and I’ve learned a lot. The videos themselves are top notch, in typical MacSparky fashion. I particularly like the Useful Shortcuts section, which provides links to shortcuts that are shown so you can just install the premade shortcuts instead of having to build them all on your own.

The course is available now, and is priced at $29. For a short time, you can use the coupon code LAUNCHSHORTCUTS to save $5 at checkout.

You can get the course here.