Remove Old Screenshots from the Desktop

First of all, let’s tackle screenshots. Personally, I prefer to leave my screenshots on my desktop for an hour, and then dump them into Dropbox if they’re still around. This means that regardless of which device I take the screenshot on, I will be able to find it if I need it later in the week. But if I have already moved it or deleted it, then it won’t be in the general screenshot folder. 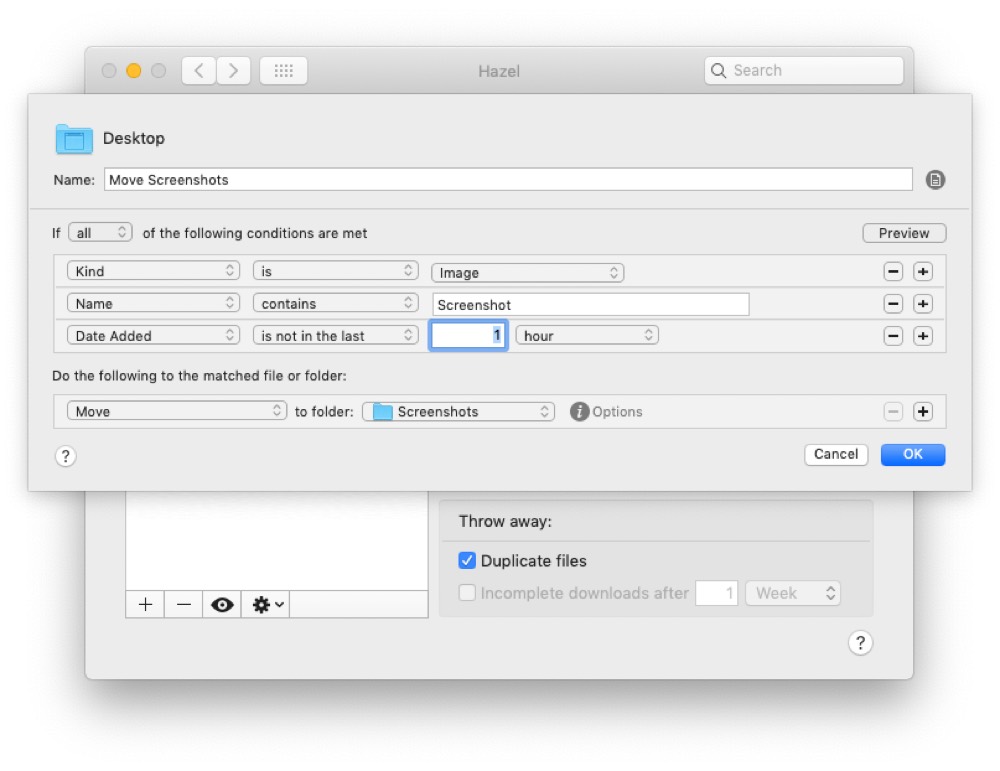 Start by adding your Desktop to the list of folders Hazel monitors, and then add a rule. In this rule, we want to add three conditions:

This is going to find any images with “screenshot” in the name that were not put on the desktop in the last hour (so if we move an old screenshot to the desktop for some reason, it won’t instantly disappear). We just need one action that Hazel will complete if these conditions are true:

In my case, I have a folder called Screenshots in Dropbox where I like all of my screenshots to go, and I selected this through the Other… option in the list.

Move Old Files Off the Desktop

Next up are the random files that litter my desktop. These can be split into three groups: PDFs, Images, and everything else, which includes anything from Pages documents to ZIP files. I move PDFs to my documents folder after 2 hours and import images into my Photos Library.

These rules are very similar to one another, so I’ll explain them together. The conditions are: 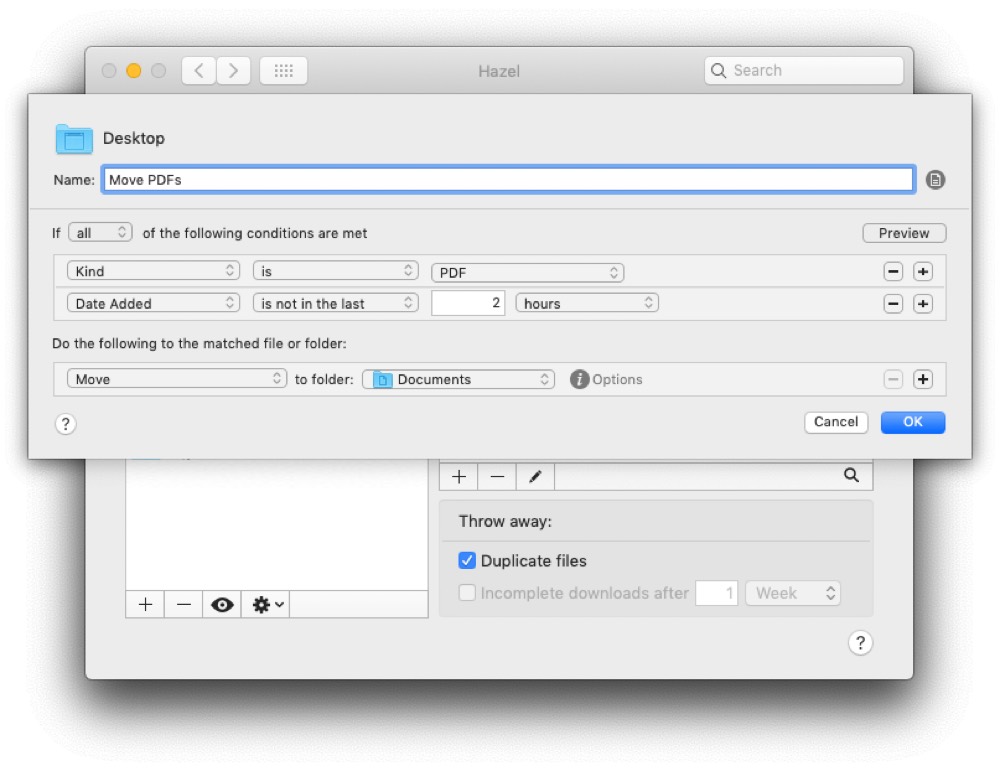 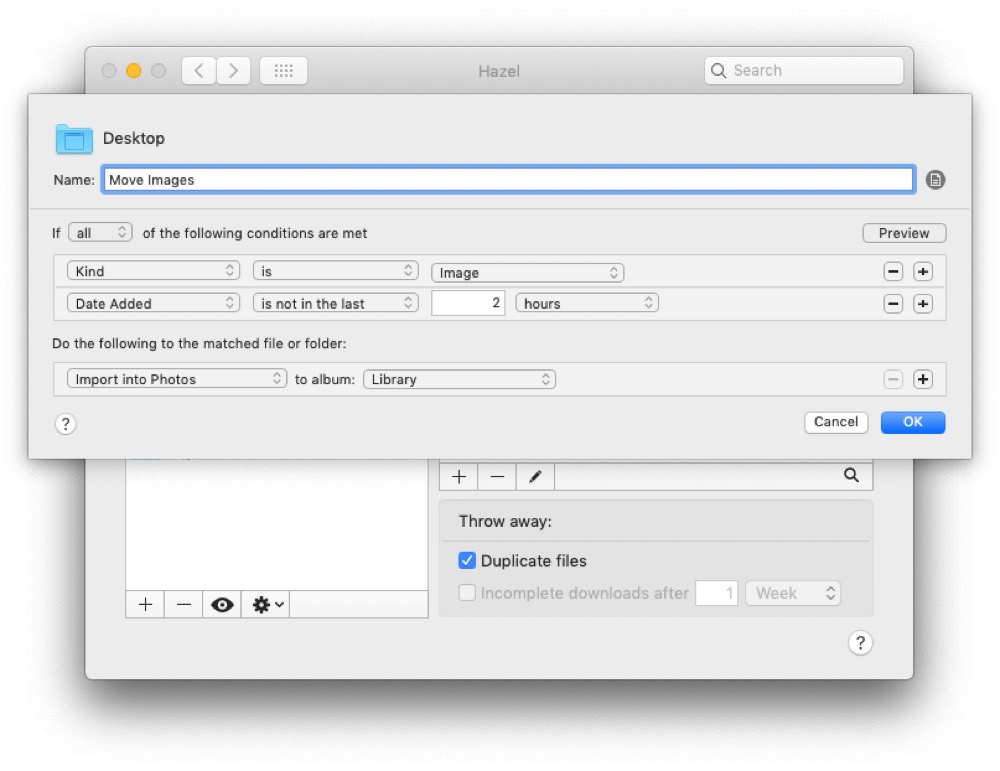 Where they differ is in the actions they execute. PDFs are moved to the Documents folder, and Images are imported into Photos under a default album called Library.

This leaves us with the last category: everything else. 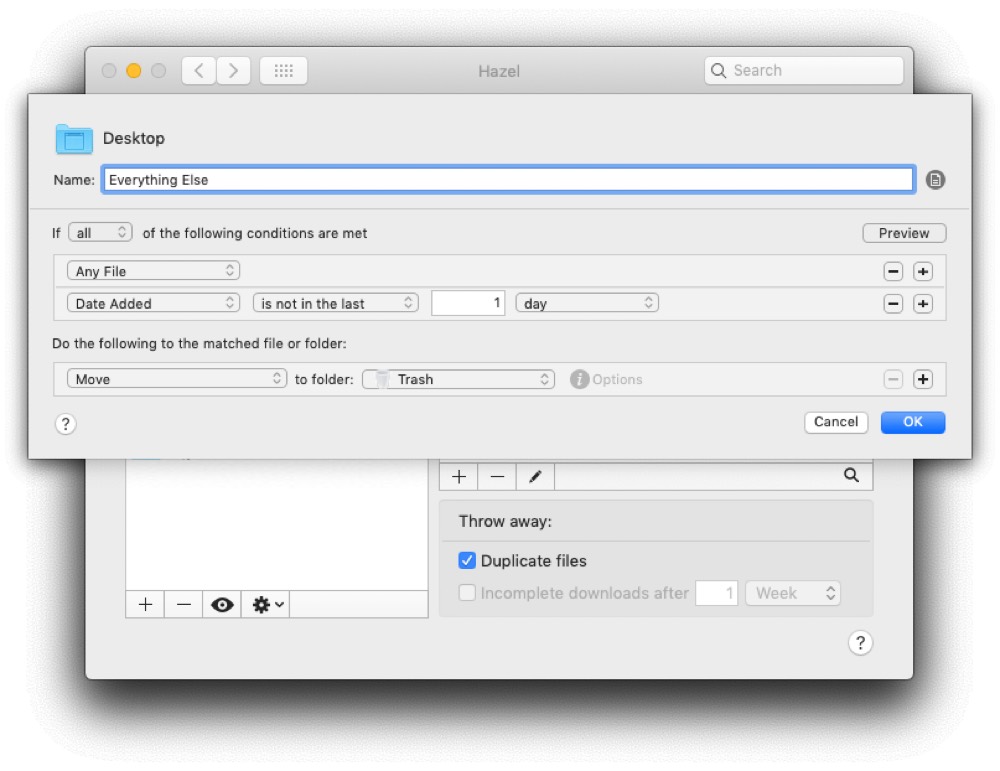 I configured my system to give me 24 hours to handle everything else on my desktop, but once that 24 hours is up, these files are moved to the trash. I’ve accomplished this with two conditions:

And then there’s one action which is run:

In the Hazel overview I’ve made sure my rules are ordered by the amount of time to wait, so the screenshots are first, images and PDFs second and third, and the Everything Else rule is last. 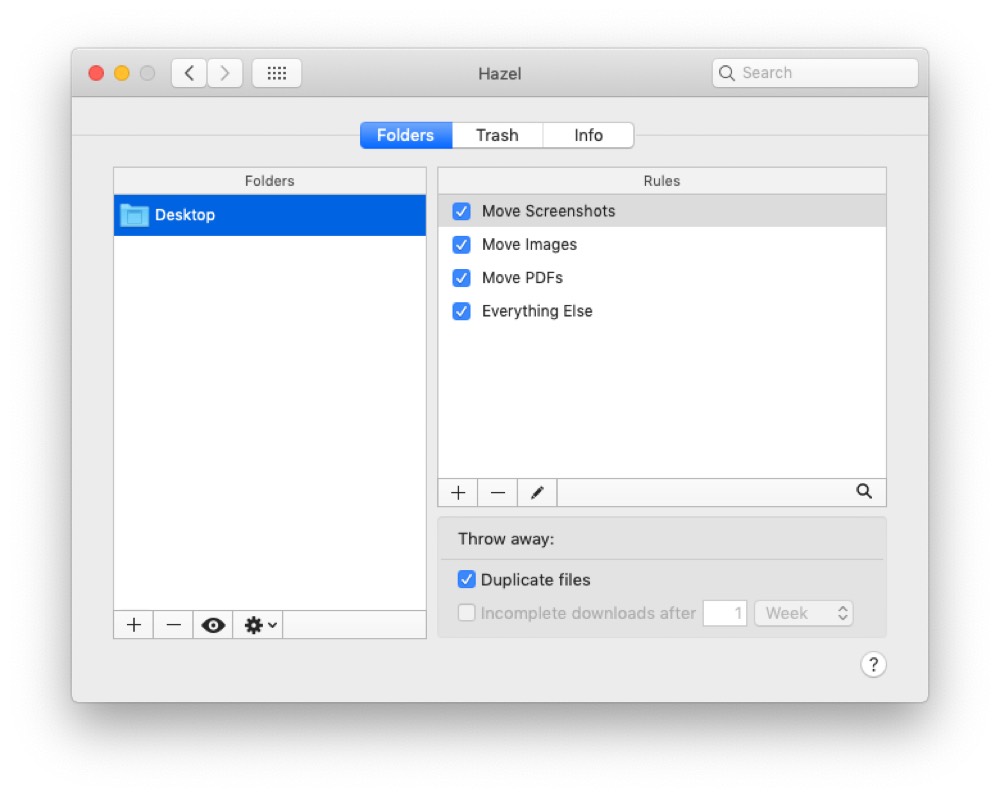 On top of this, I’ve ticked the box to throw away duplicate files, which handles the worst offender straight off the bat. If I search for the file on my desktop, I’ll still find it. On the odd occasion I need to duplicate a file, I can still do that and rename the copy before Hazel kicks in and deletes it.

Have fun making Hazel clean your desktop for you! You can download the rules here directly to modify and configure to your taste: Desktop.hazelrules.