In this Mindfulness Monday post, we talk to Rosemary Orchard about her use of time tracking and how automation helps her stay focused.

Rosemary is a tech lover and frequent contributer here at The Sweet Setup who lives in Vienna, Austria. During the day, she works as a web developer, but she can also be found at RosemaryOrchard.com and hosting Automators, a podcast about automation, and Nested Folders, a podcast about productivity. She loves to experiment with new apps and workflows, and the more automation included, the better! 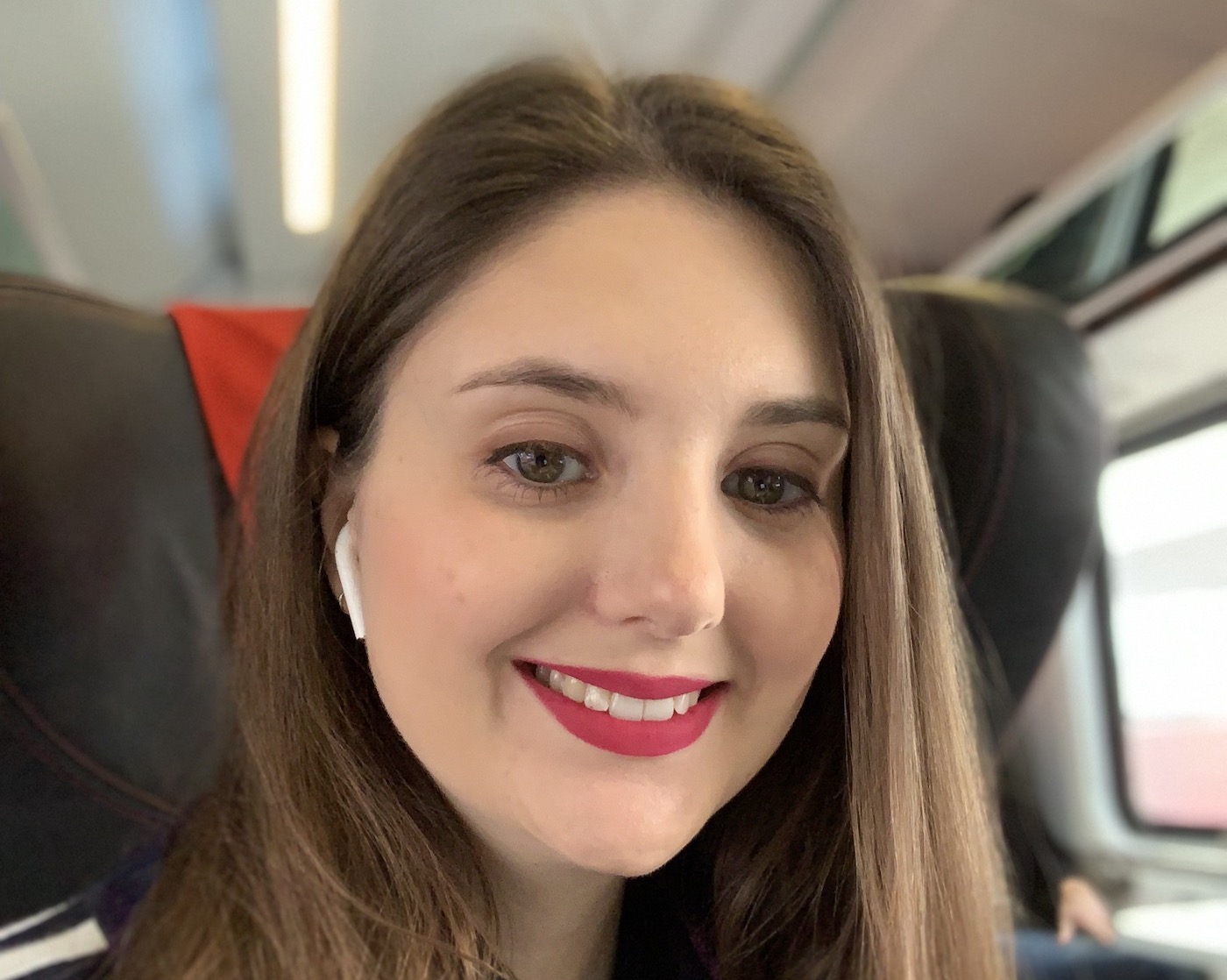 She also has a unique approach to automation, using it not just to get things done more quickly, but also to help her stay focused. I asked Rosemary to share how she uses time tracking and automation to support intentional technology habits.

I personally use the Screen Time feature built into macOS Catalina and iOS to limit my use of some apps. This isn’t a perfect science (especially when you use the categories), but by starting with very low limits I’ve built awareness regarding what I actually do. From there, I can compare the data to what I actually do and then limit the specific apps that encourage mindless scrolling.

I also use Toggl, through the Timery app, to track my time. I nearly always start these time trackers through Shortcuts. For some things I also start a timer, so after 30 minutes I know how long I’ve been working on something and that it might be time to switch to another task.

A few months ago, I also moved my charging points for my iPads to my desk instead of the sofa. As well as being better for the cables (because they don’t get bent as much), this makes it much more difficult for me to use my iPad whilst watching TV. This is a good thing, and usually by that time of day my iPad battery is quite low anyway!

What does your iPhone home screen look like? How has the application of your intentional constraints shaped what shows up here? 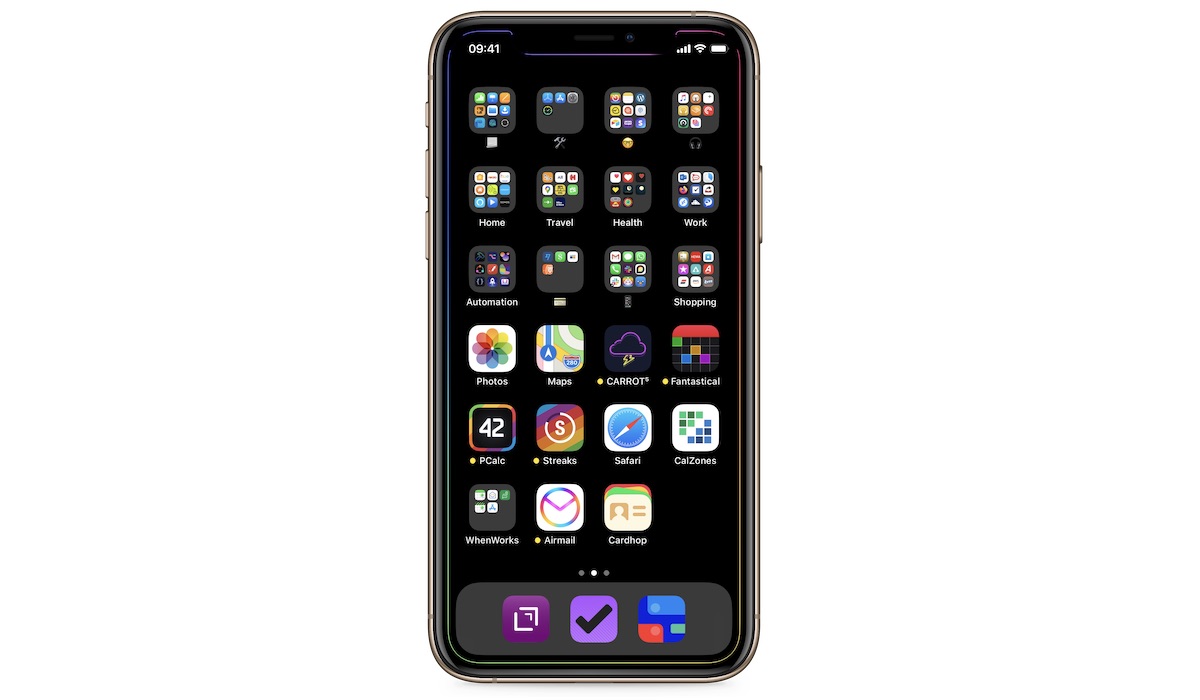 I have three rows of folders, and then three rows of apps with a spare slot for when I download something from the App Store. I also only have three apps in my dock. I try to consolidate most apps onto this page somehow, and often in folders. This way, I know I will see if something needs my attention because there will be a red badge, but that’s recently been an excuse to either uninstall the app or to turn off the notifications!

What role does automation play in supporting mindfulness for you?

A lot of automations are to keep me on track, such as logging an idea for a column here at The Sweet Setup. I use Shortcuts to do this (and I find the shortcut through LaunchCuts) as it lets me stay focused on tracking the idea. Instead of trying to remember when I get to Drafts which tags I need, I remove the obstacles that might otherwise be in my path.

Some automations are also designed to help prevent me straying too far off of my intended path. For example, I use the Shortcuts Automations with the Open App trigger so when I open Tweetbot it will wait a minute, and then open OmniFocus. This lets me enjoy Twitter, without being sucked into an endless whirl of cat memes. Tweetbot was my first experiment with this, but I’ve since added Instagram to the apps that trigger this.

As you apply intentionality to your use of technology, what are some examples of what you consider net positive technology uses?

I definitely feel that I’ve eliminated a lot of apps from my phone that I didn’t really need, and they seem to have been causing some mental clutter too. It’s been a good exercise in removing things from my life in general. As I remove the app, I also delete my account. This has the side benefit of making sure I’m not on any mailing lists for this company, in turn increasing my online security.

This also leads me to pick which apps I use more carefully. For example, after a short break from it, I went back to using Airmail. The fact that I can have some accounts only notify me at certain times (as well as blocking the tracking pixels) means that I don’t have to worry about work emails on weekends, and don’t need to think about what other people might or might not be doing with the information that I opened this email three minutes after it arrived!

What was your tipping point, the moment when you decided you needed to do something about your technology defaults?

I wouldn’t say there’s been a precise tipping point, more of a gradual slope where I’ve seen others doing things that positively affect them, and chose to trial it for myself. I feel that this approach has been much better for me as it didn’t result in a large amount of frustration in any one go, which as I have plenty of other challenges might be enough for me to give up on some of these more difficult tasks!

I think in an ideal world I would barely use my iPhone, but it’s the device that I always have with me and that’s something I need to work with. I would also like to compartmentalise my life more, but unless there are significant changes in a future version of iOS, that’s not possible unless I get a second iPhone and I’m not willing to do that.

Oddly enough, I would say OmniFocus. I used to just throw things in OmniFocus any old way and focus on the most recently added or most urgently due items. One thing I’ve changed is having a proper task management and goals system, which helps me keep in mind why I’m doing what I’m doing. But when the going gets a little tough, it’s very easy to revert to my old habits, which brings the whole setup crashing down.

It’s allowed me to make a lot of other changes that I really enjoy. I have more free time that I am now aware of, because instead of mindlessly scrolling through Twitter, I get taken to a list of things I want and need to do. This includes things like playing on my Nintendo Switch, which I would much rather be doing a lot of the time!

Changing everything at once is extremely tempting, but it’s also very hard to do. Once you fail at one part, it’s tempting to give up on the whole thing. So I would suggest making one change at a time with a week or more in between more changes. The other thing to do is to focus on the times when you were intentional, rather than when you weren’t, because focusing on the negative has an exponential effect.