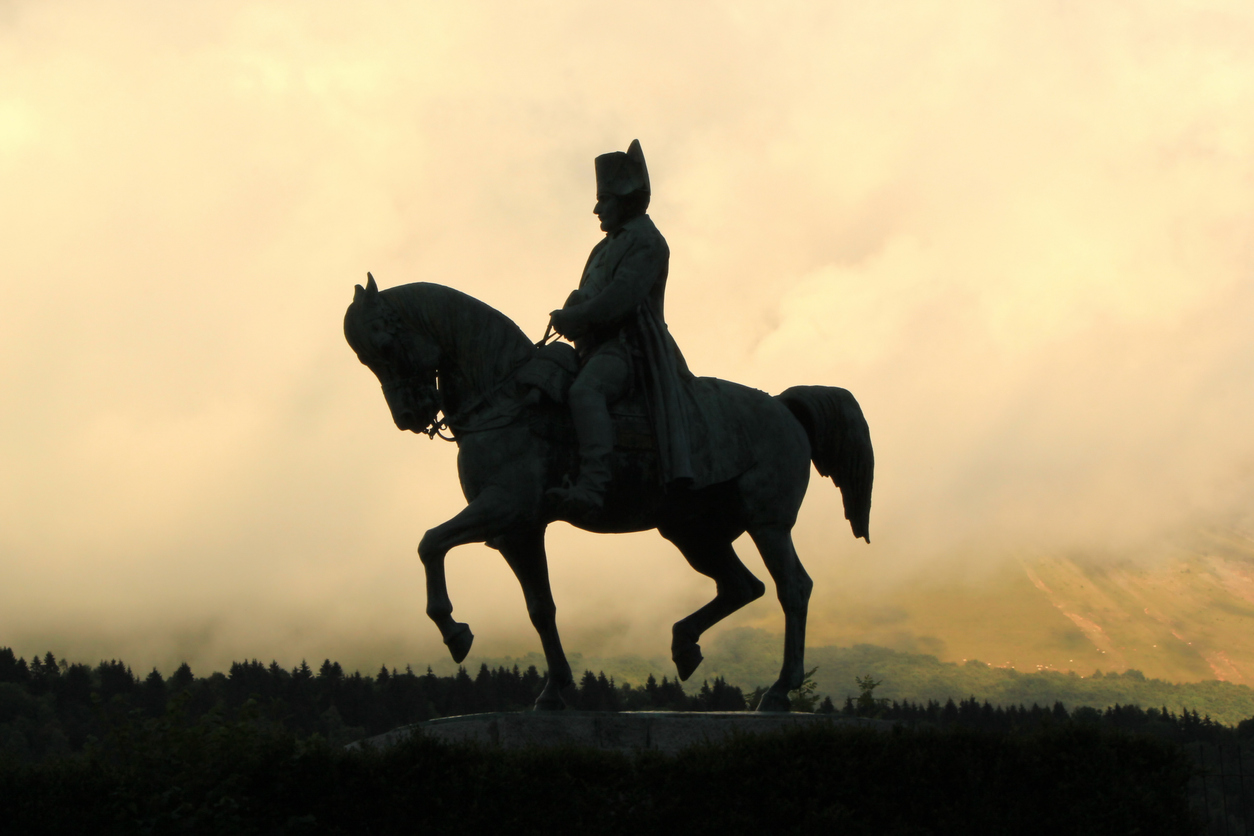 Napoleon Bonaparte was a famous military commander with some interesting information management habits. But he died about 200 years ago (1821), long before computers, the internet, and electronic communication.

So what could we possibly hope to learn from his life about handling email in our digital age?

Turns out, quite a bit.

No News is Good News

Napoleon was a glass-half-empty kind of guy.

He didn’t spend much time daydreaming about a brighter future, but he did have a habit of thinking about his potential failures quite often. On the eve of battle, he wasn’t thinking about how he was going to conquer his enemy. He was frequently fretting about what he would do in case of defeat.

Napoleon believed that thinking about the best-case scenario didn’t do a whole of good. If he was going to be victorious, he could always figure things out when he got there. But if he was going to face hardship, he wanted to make sure that he was prepared for every possible scenario.

In Ralph Waldo Emerson’s essay, Napoleon, or The Man of the World, the author describes some specific instructions Napoleon gave to his secretary:

“During the night, enter my chamber as seldom as possible. Do not awake me when you have any good news to communicate; with that there is no hurry. But when you bring bad news, rouse me instantly, for then there is not a moment to be lost.”

If things were going well, Napoleon was fine to leave them alone until morning. But if things were really messed up, he wanted to fix them — NOW.

Personally, this approach makes a lot of sense to me. I tend to think in systems and am constantly trying to improve things. If something is broken, I tend to want to fix it right away so that it stops producing errors.

The trick for me is not to get upset.

It’s easy to get worked up when things don’t go according to plan. But the fact that something is broken shouldn’t be frustrating or viewed as morally wrong. In fact, recognizing what adjustments need to be made is actually a good thing. It means that you have the opportunity to fix something because you see the problem for what it is.

And when you do, you’ll get better results.

Escaping The Tyranny of the Urgent

What’s fascinating to me is that he extended this approach to his mail correspondence too:

“He directed Bourrienne to leave all letters unopened for three weeks, and then observed with satisfaction how large a part of the correspondence had thus disposed of itself and no longer required an answer.”

Napoleon believed that by waiting long enough before looking at his mail, the majority of the non-important matters would simply resolve themselves. And if something was truly urgent and important, it would either find its way to him before the three weeks were up or it would still be important when he finally got around to it.

When I read this for the first time, I had two reactions:

Obviously, Napoleon didn’t have email 200 years ago. Even so, three weeks does seem like a pretty long time. When it comes to work email, it’s hard to disconnect for three hours. It’s hard to imagine completely shutting out the outside world for that length of time.

But on one level, I kind of want to figure out if I could do it.

There’s something to appreciate about someone who knows with absolute clarity what is important to them. We can disagree with the motives of others, but here’s one thing to imitate about Napoleon: he didn’t let other people’s demands dictate how he spent his time. He avoided the non-essential at all costs, which allowed him to focus on the things that really made a difference.

We would do well to learn the same lesson and separate ourselves from our inbox as often as possible.

If we do, we’ll probably find, like Napoleon, that many of the things we would have chosen to deal with have magically resolved themselves. Maybe we can’t avoid email for three weeks at a time, but maybe even a couple of hours in the afternoon would help.

The bottom line is that the more we can filter out the trivial things in our lives, the more time we have for the things that are really important.

The Origin of Triage

The term “triage” is frequently thrown around when dealing with email, but did you know it actually originated as a medical term during the Napoleonic wars? It was defined by his military surgeon, D.J. Larrey, who created the ambulance transport system. The basic idea of triage was to save as many lives as possible with limited resources by splitting patients into three groups:

That may sound a little morbid, and I’m personally glad that we don’t have to make those kinds of medical decisions often anymore. Thankfully, most of us have access to medical care when we need it because resources are no longer scarce.

But when it comes to your time, it is both scarce and incredibly precious. It’s the one thing you can never get more of. It’s therefore important that we protect it all costs, and applying the idea of triage to our email is a great way to do that.

By redefining triage for email, we can break incoming messages into three different categories:

Imagine what it would be like to go into your email inbox and only see the messages that truly required your attention. What would it feel like to know that if something really important found its way to your inbox that you would be identified immediately, but otherwise things would just sort themselves out until you eventually took a look at them? It’s not a crazy pipe dream, and you don’t need to run France in order to get there.

All you need to do is understand the value of your time and attention, and start thinking about ways that you can protect it.