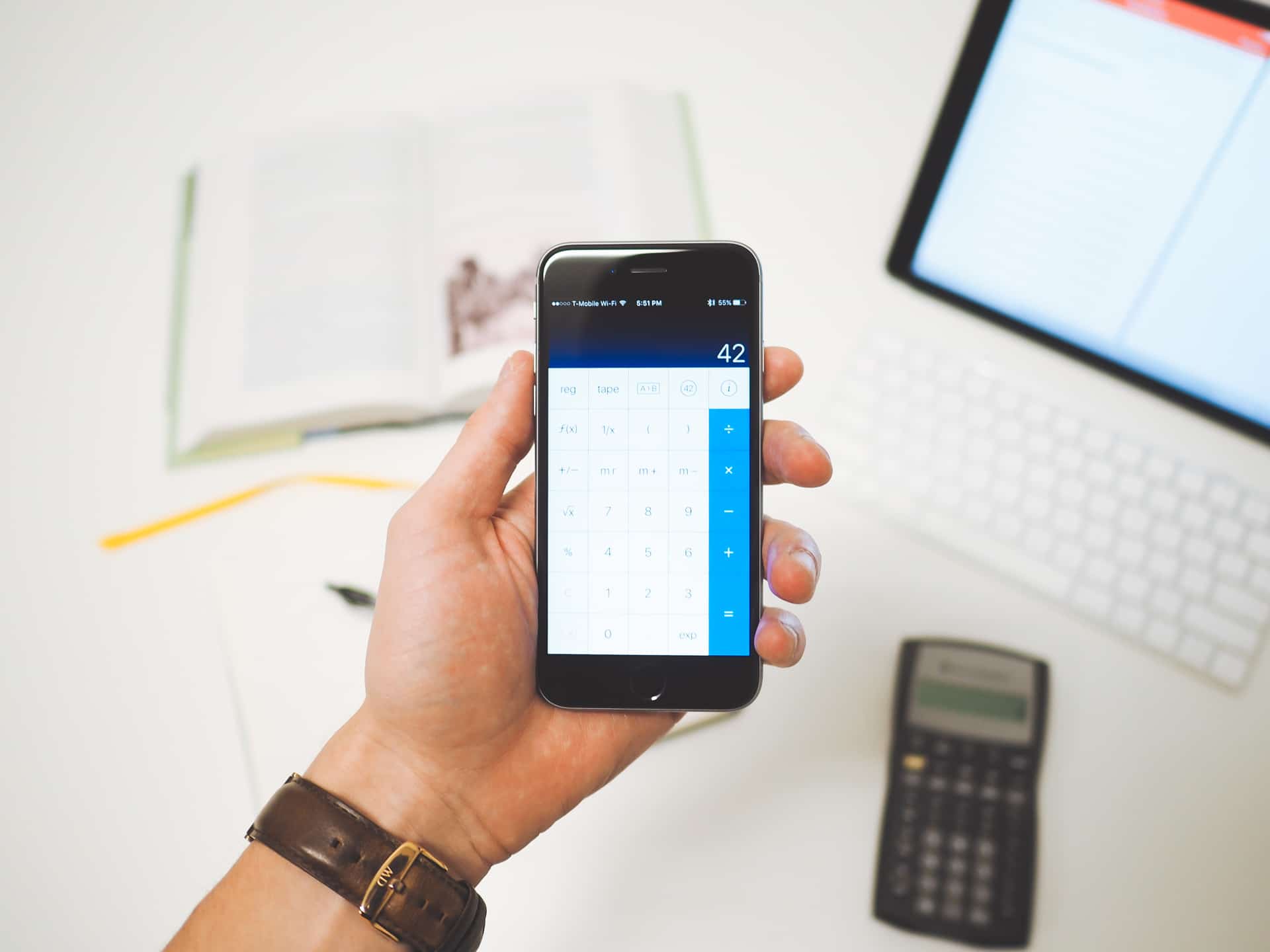 Calculators and I go way back. When I went off to college, electronic calculators had only recently supplanted slide rules as standard equipment for engineers and scientists, and professors were lamenting their new students’ pathetic underappreciation of significant digits. In those days, hours of repetitive analysis would be done with a calculator sitting next to a pad of paper—one for running the numbers, the other for keeping track of the logic.

Nowadays, I wouldn’t dream of using a calculator that way. Spreadsheets and systems like Matlab and Mathematica have taken the place of both the calculator and the pad of paper when the analysis gets deep and complicated. But that doesn’t mean calculators are dead. For lots of calculations, setting up a spreadsheet is just too fiddly and time-consuming. Calculators are tremendously efficient when the work requires only a handful of operations rather than hundreds. And, when the calculator is an app on the phone that’s always with you, the efficiency is even greater. A good calculator app on your phone can save you a lot of time.

Unfortunately, a search for “calculator” on the App Store turns up over 2,000 hits. A lot of these are special-purpose apps—tip calculators, weight-loss calculators, mortgage calculators—that we’re going to ignore here. But even after eliminating those from consideration, there are still a ridiculous number of calculators available for the iPhone. How can you choose the best one? Easy. Just listen to me.

Here are my criteria for pruning the vast tree of calculator apps down to just three that are worth your attention:

What about the built-in calculator? that switches to a scientific calculator in landscape mode.

If this fits your needs, you’re done searching and you’ve saved yourself a few bucks.

Personally, I could never go back to the Apple calculator. I prefer to work in portrait mode, which means all the “advanced” features—like squares and square roots—are hidden. Even if I was satisfied working in landscape mode, there’d be things about the scientific layout that annoyed me:

But maybe you’re not as picky as I am. Maybe you spend 90% of your time using +, –, ×, ÷, and % and like the big, thumbable buttons of portrait mode. If you don’t ask much from a calculator app, Apple’s has the advantages of being free, already installed, responsive, and not cartoonish.

You’ve likely heard about Soulver by Zac Cohan and Nik Youdale of Acqualia. Its praises have been sung by the elite of the Apple blogging/podcasting world, and there’s much to like about it. That screenshot shows you several of its virtues:

There are also some slightly hidden goodies. Hold down any of the keys with an ellipsis in it and you’ll be able to use a variant command or operator. For example, the return key lets you choose a line reference, the division key lets you do modulo division, and the percent key gives you a few ways of using percentages. You can also save “pages” of calculations to return to later and update with different input values. This is starting to move out of the realm of calculator and into the realm of spreadsheet, but because Soulver’s “cells” are laid out in a straight line and you can see its formulas and results at the same time, it’s friendlier than a spreadsheet. Similarly, the work done by Soulver’s pages might be better served by Pythonista, but Soulver can be used by people who don’t know Python.

The main problem with Soulver, from my point of view, is that its scientific operators—the trig functions, powers, roots, and so on—are on a secondary keyboard. There’s also a secondary (tertiary?) keyboard for “programmer” functions, and Soulver will convert units and currency if you enable those features in the settings. When I’ve used Soulver, I’ve found myself frustrated by the continual flipping back and forth between keyboards. Too much of my work requires the “advanced” functions to be able to stay on the primary keyboard for long. Even worse, I often need to switch the trig functions from degrees mode to radians mode.2 Soulver puts that setting several taps away instead of having a readily accessible toggle key.

Still, I understand the appeal of Soulver and am not surprised that people who don’t need advanced operators—or, at least, don’t need them often—think it’s the best calculator app available.

Soulver for the iPhone is $2.99. There’s also a macOS version that you can buy directly (free trial!) or through the Mac App Store.

PCalc has lots of well-thought-out keyboard layouts and color themes built in. Here’s the Engineering layout in RPN mode with the Samurai theme. There’s also a Tape layout if you want to pretend you’re an accountant with a paper tape calculator, and a Programming layout that lets you do calculations in hex, octal, and binary. One of PCalc’s killer features, though, is that it allows you to act like Steve Jobs in 1982 and design your own layouts with buttons of any size, color, or function. I made a “Drang” layout that fits the way I typically work, with both standard functions… Apart from the features that you can see on the keys, PCalc has: PCalc comes with reasonable defaults for its display and other settings, but it can be customized to a fare-thee-well.

Tapping the 2nd key flips the conversions the other way.

So when I need to do a common conversion, I don’t need to tap the A>B button and scroll through a list, I just turn my phone sideways.

This degree of personalization is distinctly at odds with Apple’s “we know best” attitude, but it works here. The ability to personalize is what makes this an app, not a physical calculator. And, once you get it set up the way you want, the app is easier to use because it fits how you work, not how someone thinks you work.

I need the power of PCalc, but it’s the little user interface touches that make it a pleasure to use. For example:

“Faster” is the key to PCalc. Its combination of features, customizations, and user interface niceties is designed to get your calculations done quickly. It’s faster than any other calculator I’ve used; not because of the processor in the phone, but because of the thought that went into its design.

PCalc is $9.99 for a universal app that runs on both the iPhone and iPad. On the iPad, it’s not just a scaled-up version of the iPhone view, and it works well with Slide Over and Split View. There’s also the free PCalc Lite, which can be upgraded via in-app purchases to either the full PCalc or something in between. 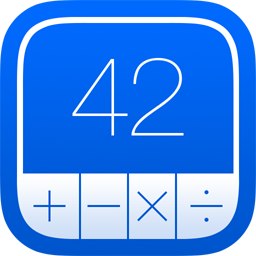 $9.99
If you want a calculator that has lots of power features but values its user interface above all, you'll want PCalc.
App Store $9.99

Dr. Drang is a pseudonymous engineer whose love of calculators stems from that week in junior high math class when he had to learn how to use a slide rule. He blogs at leancrew.com.