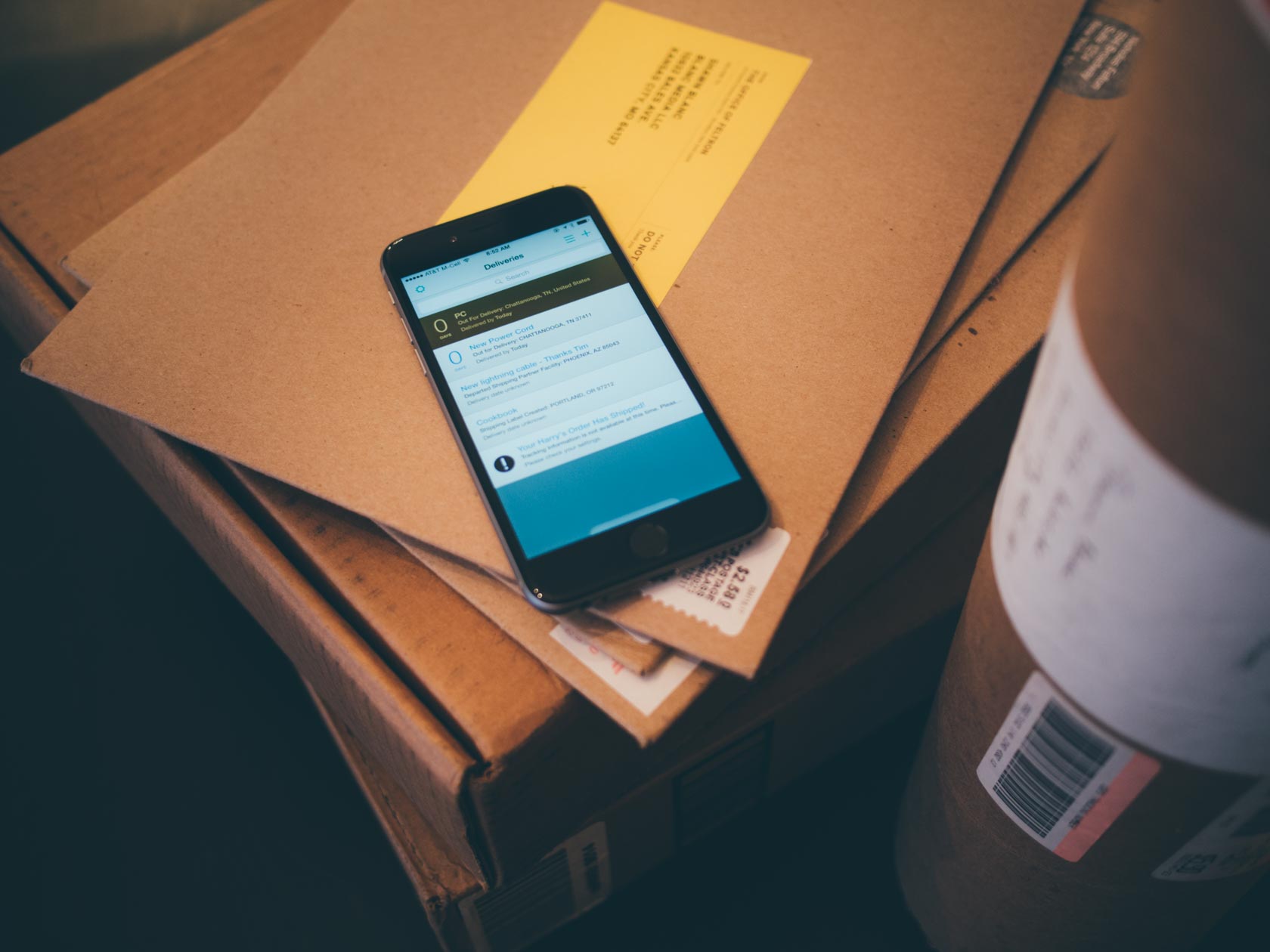 Buying items online has completely overtaken the amount of items I buy in-store. With 2 kids and a full-time job, the less time I can spend driving to and from stores, the better. Amazon Prime and other services like it makes purchasing easier, but tracking packages can become tedious the more you order.

Just this week, I’ve received packages from UPS, USPS, Fedex, and DHL from 3 different retailers. Each of these carriers use tracking numbers, but their websites are all annoying to use, especially on the go. On iOS and OS X, instead of having to check multiple carriers multiple times, you can have one app that manages it all.

What are we looking for in an app to track packages?

Ease of adding packages
This is pretty self explanatory. These apps are single purpose apps. If you are going to have one job, you might as well make it easy to use.

Multiple carrier support
Here in the US, we’ve got Fedex, UPS, USPS, and DHL. Outside of the US, there are a ton more. How well do these apps work worldwide?

Push notifications
We don’t want to be required to open the app to find out status updates. When something is delivered, getting a push notification is an easy way to know.

Modern design
iOS 7 created a wedge for app design, in that there is pre-iOS 7 and post-iOS 7. Apps that still look like they were designed for iOS 6 stand out like a sore thumb.

Package tracking apps aren’t the kind of apps that we use 10 times a day. Our goal is to get the information we need and get back to work. All of these apps are doing something that we can do for free on many retail and shipping carrier websites, but a dedicated app makes tracking all of your packages a “one stop shop.” In this case, you are paying for the convenience. As I mentioned, I buy a lot online, so spending a few dollars on an app that can track all of those deliveries is well worth it for me.

With widget support and ease of entry, Deliveries (formerly Delivery Status Touch) does its job quickly and efficiently. Available on the Mac, iOS devices, and even the web, Deliveries is our favorite app for tracking packages.

Deliveries is from JuneCloud, an independent development firm from Michigan that also make Notefile for Mac and iOS.

I’ve owned the iOS version of Deliveries for a few years now, and it works extremely well. It auto-detects when tracking numbers are added to your clipboard, supports background refresh and push notifications, and it includes a Today view widget for quickly checking on incoming packages.

With a complete ecosystem and support for modern OS features, this is why it’s my favorite packing tracking app. Up until recently, it was only with a Dashboard widget for the Mac, but with the release of OS X Yosemite, the developer shipped a fully featured Mac app to round out the platform. While it may seem just cosmetic, I also like how Deliveries color codes the delivery based on the “brand” of the carrier. It makes it easy to see if something is coming via FedEx, UPS or another carrier with just a glance. The Mac app looks great on Yosemite, and feels instantly familiar to the app’s iOS users. The Today view widget makes it easy to see delivery updates from Notification Center.

The apps support iCloud syncing, as well a custom, built-in syncing system. I prefer the built-in system because it allows me to forward emails from retailers to a private email address. Junecloud will detect tracking information in the email body and add the package and corresponding information to your account. You can also set up multiple email addresses for your account from which to accept tracking numbers, which means a family member or roommate can share your dataset.

If email isn’t your thing, you can use the developer’s bookmarklet to pull data from your front-most webpage.

Deliveries isn’t the cheapest option we evaluated. Both the Mac and iOS versions are $4.99, but the reliable syncing and powerful data capturing tools make it well worth the price tag.

Parcel was a close second with a complete ecosystem of Mac, web (with a premium membership), and iOS apps as well. It has a freemium business model where the apps are free, but you have to pay $1.99/year to track more than 3 packages at a time (and remove ads). Parcel looks great and is actively being developed. In fact, it already has features for iOS 8 and Yosemite. It also places icons next to each delivery to let you quickly know the status (in transit or delivered) of the package. It’s a worthy competitor to Deliveries. Parcel includes many of the same features that make Deliveries our favorite. It’s easy to add tracking numbers from Mac or iOS and includes a nice Today view widget for quick updates. The main reason I prefer Deliveries is that I love being able to forward tracking emails straight into my database. However, a lot of people might prefer the business mode that Parcel uses. If you don’t buy a lot online, you can probably get by with just the free version. At $1.99/year, it’s still very inexpensive. With iOS 8, iPhone 6 friendly screen resolution, and push notification support, it’s a great option if you don’t want to shell out the dough for Deliveries.

Delivered! is an iOS-only package tracking app. Of all the apps, it’s probably got the design I prefer the most. The design is very minimal and seems to fit in better with the iOS7/8 design style than any of the other apps. It’s only $1.99, so it’s a very inexpensive way to track your packages. It supports iOS 8, the iPhone 6 screen resolution, and push notifications. Remember when I said that Delivered was iOS only? Well, that’s maybe only half true. It has a Mac app, but it’s not really useful for anything other than adding packages. You can paste tracking codes in and then sync them with iOS. I’d call this a “widget” more than I would an app.

With Deliveries and Parcel offering a complete suite of apps, it’s hard to pick Delivered as our favorite, though.

Slice is more than just a package tracking app — it’s an entire shopping ecosystem. It can track packages, notify you of price drops, and keep track of product recalls. It also supports linking to your email address and pulling in all of the information automatically. My Package is an iPhone-only package tracking app. They offer a free version (with IAP) and a paid version. Functionally, it’s fine. It does nothing to wow me, though. As I mentioned with Delivered, it’s hard to pick an app as our favorite that doesn’t have a Mac or web interface.

I’m also not a fan of the design at all. It feels very much like an iOS app that has been redesigned for iOS 7, but not in a way that truly fits in with the design. My Package does support push notifications, but that is pretty much a feature that all of the maintained apps support. It’s not that My Package is an awful app, but it doesn’t have anything to make it stand out against Deliveries, Parcel, or Delivered.

AfterShip Package Tracker is another iOS-only tracking app. It does a lot of things well. It supports a ton of carriers, has a modern design, and supports push notifications. It’s lack of a Mac or web app does limit its functionality. It’s free, so feel free to try it out.

Delivery and Posted are 2 other iOS package tracking apps. Neither of the apps have been updated in over a year (Delivery hasn’t seen an update since 2012). Package Tracker is a Mac only tracking app. It’s not been updated since 2011, so it lacks any modern OS X features. With other options that are well-maintained, these might be functionally fine, but the lack of development forces me to recommend another app as our favorite.

Deliveries (iOS & Mac) and Parcel (iOS & Mac) are the stand outs. As I mentioned, they offer a complete ecosystem across Mac, iOS, and the web. Deliveries is a paid app, where Parcel is free with IAP ($1.99/year). Both platforms are inexpensive enough that you can try both to see which one suites you better. While both offer similar features, the fact that Deliveries allows me to forward tracking emails into my database sets it apart as my favorite app for tracking packages. That feature alone removes a lot of friction from my workflow.

Bradley Chambers is the Director of Information Technology at a private elementary school in Chattanooga, TN.