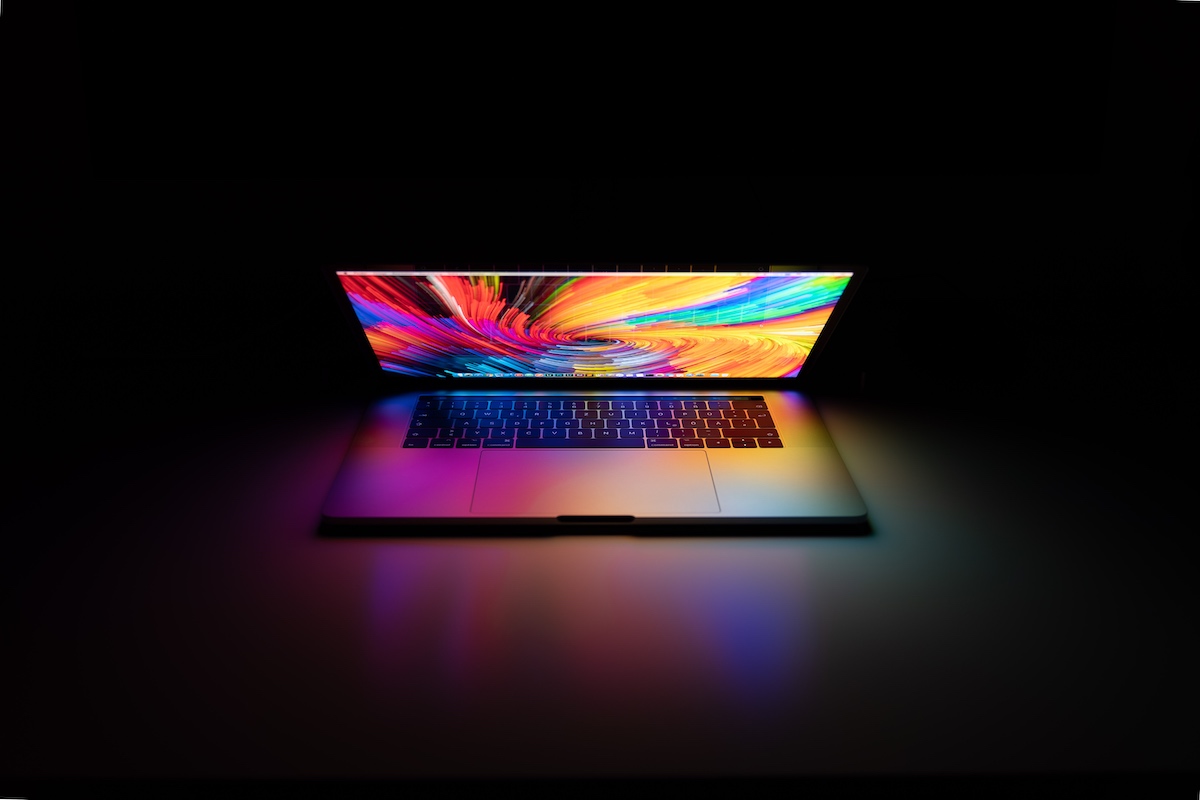 This article originally appeared on our sister-site, The Focus Course.

A lot has changed in the last decade.

And if you were to look back over the last three decades, the change is even more dramatic.

One of the many changes is the assumption about where and how work gets done. It used to be that work got done with your hands. And if something needed doing, you rolled up your sleeves and got to work.

Now the assumption is that the only place work gets done is at a computer. And if you’re NOT at your computer, work is most definitely not getting done.

The computer is a powerful machine, and it’s remarkable to think that the smartphone in your hands is more powerful than the computer that put humans on the moon.

But even with all the advances in technology, computers are still just tools.

A hammer in the hands of my three-year-old will likely not result in a finished piece of furniture. That hammer is capable of all sorts of carpentry tasks, but it ultimately comes down to who is using it and how.

In the last three decades, we’ve acclimated to screens in everyday life and equated them to productivity tools. In many instances, computers are helpful tools. But assuming work gets done on a computer is like assuming my three-year-old knows how to use a hammer.

Just because we’ve normalized computers doesn’t mean we have to use them every waking moment of the day, or that they are the best tool for every job.

Before defaulting to a computer, let’s use the tool humans have been using for thousands of years.

Our brains are really good at ideas.

Computers may be able to catalog and search large amounts of data, but the creativity of the human brain is unmatched.

All of the modern amenities we use without second thought started as an idea.

Like my dad has always said, indoor plumbing is the greatest invention ever. Someone figured that out without a computer.

The point being, humans are incredibly creative.

In addition to generating ideas, we are also really good at taking lots of information and figuring out how it fits together. The brain is a master problem-solver. There are computers that can run complex diagnostics, but there will always be a human element involved in the problem-solving process and fixing things.

Once an idea has been developed or a problem has been solved, it’s time to get to work. If humans found a way to get work done for thousands of years without computers, there’s something suspect to suddenly assuming work only gets done with them.

Computers have endless application opportunities, and many of them are immensely helpful for getting things done. But if there hasn’t been a thinking or problem-solving phase prior to an action phase, it’s likely we could end up building or working on the wrong thing.

Computers are powerful tools, but so is our brain. While computers are able to perform a lot of useful tasks, they can also be a black hole.

With the never-ending list of tasks that can be carried out on a computer, the gravity of the device can feel like a black hole. Once you’re in its, grasp there’s no escaping.

The truth is, there are endless possibilities for the use of a computer. Strengthening the work gets done at a computer argument all the more.

A Device for Everything

We used to turn to a different resource or tool for the different tasks we needed to get done. With the exception of a few things, you can do just about everything on your computer.

It seems at every turn we have a reason to return to our computer. It is a black hole in the center of our lives.

Often what ends up happening is the presentation of the endless possibilities results in defaulting to whatever is most shiny or top of mind — not what is truly most important.

When a 27-inch display is staring you in the face with all of its applications ready to access the far reaches of the net, who can blame you?

You could argue that because it can do so many things is the reason it’s less productive. So instead of doing one thing, we end up distracted and “multi-tasking.” Never really intently focused on one thing, we surf our days between inboxes and notifications.

We’ve become so bad at focusing on one thing at a time that we live in a constant state of distraction, checking off busy-work tasks and maintaining the appearances of being productive

We created computers to be more productive, but it would seem we’ve only become less so. With our focus fragmented between five different applications and three different tasks, it’s a wonder work gets done at all.

Without clarity on the tasks that need to be carried out, the computer quickly becomes a productivity black hole instead of a productivity rocket booster.

How to Avoid the Black Hole

While we may not be able to escape the reality that much of our work is carried out on a computer, we don’t have to fall prey to its gravitational pull. Meaning, so long as we engage our computer on our own terms, we are able to leverage it as the tool it was intended.

Here are some keys for doing your best work with the tools at your disposal.

Each day is a new opportunity to take control of your focus and gain mastery over your tools. But before getting to wielding your weapon of choice, what does winning the day look like today?

1: Before opening or turning on your computer, define what winning the day will be. In other words, write down the most important tasks for the day. If nothing else gets done but these are checked off, then you are successful.

2: Keep the list short, no more than three. These few things set the tone for your entire day, and that is why it’s important to keep your list short. By bringing clarity to what is most important (not what is most shiny), you give yourself a clear target.

3: Work on the most mentally-demanding tasks first. Once you’ve narrowed your list down to what is mission critical, start with the hardest one. If it’s a task that will take more than a single day, give yourself a minimum amount of time you’ll spend on that task, and count that as a win. Then, use the momentum of accomplishing your hardest task to move you into your next most important task. It’s easier to move through the day going down hill rather than going up.

What am I working on right now?

One thing that helps me re-align my focus throughout my day is this clarifying question.

What am I working on right now?

Especially when sitting in front of my computer for long hours, a momentary lapse in focusing on the task at hand can quickly lead to falling down the black hole. All of those shiny objects start yelling for our attention. By asking this simple question, it brings me back to my list of most important tasks for the day and helps me reset.

Sometimes the right answer to this question may be taking a break. If you find yourself between big tasks for the day, before diving into the next one take a short five-minute break to stretch your legs and giving your mind a short reprieve.

Lastly, and I’ve already alluded to this, use a timer.

There are all sorts of benefits to using a timer, but they ultimately keep us on task. Use them in two ways.

Especially helpful for tasks that require a bit more energy getting started, setting a minimum amount of time to work on the task lets our mind know there will be an end. It basically tells us, this may be a mentally demanding task, but you only have to work on it for X amount of time and then you can move on to something else.

About 95% of the time, getting started is the hardest part and you’ll breeze right past your timer. In which case, this is probably a good thing. But if you’re really struggling with the task, if you hit your minimum time, count it a win and move on. Come back to it the next day and try again.

Setting a maximum amount of time is helpful for the tasks that could end up taking more time than you’d like.

The time limit helps keep us focused and on task. We’re less likely to get distracted if we know we only have a certain amount of time remaining for the task. Get in, get it done, and get out. No dawdling.

In the grand scheme of human history, computers are brand new. We’re talking about thousands of years of operating without computers stacked against the last 30–40 with them.

While they offer a great deal of functionality in the tasks they help us achieve, they are no replacement for our own built-in computer.

This is simply challenging the common assumption that getting work done only happens in front of a screen. If the Brooklyn Bridge can be built without project management software or email, I’m sure we can achieve meaningful work without a computer. And with more computing power in a smartphone than the first rockets, you’d think we’d use it for more than a witty tweet.

Visualizing Metadata in Obsidian with YAML and Dataview

Dataview is an incredibly powerful plugin that allows you to filter data in your Obsidian vault in a lot of really cool ways. In this post, I’m going to show you how I use it to create a table of book ratings from YAML metadata. Don’t worry, it’s not as complicated as it sounds. Here’s […] »

Get Super Fast Charging With This iPhone Cable (Sponsor)

Charge your iPhone 8 or higher up to 50% in just 30 minutes with Paracable. »

I’ve bounced around daily note-taking apps for the last 18 months or so. The search started with Roam Research, then moved over to NotePlan 3, and now rests in Craft. Each has its own intricate set of features and shortcomings, and I’m still not perfectly jumping for joy with any option. »

Asier G. Morato is the co-founder of Chubby Apps — an indie app studio from the north of Spain (Europe) who believes that technology should be easy to use. We make apps with a cute design that don’t need a user manual, are fully accessible, improve people’s lives, and also respect your privacy. »

Plugins, URL Schemes, and Templates with Obsidian, and More

Catch up on what we published this week, including a lot of great information about using Obsidian, some interesting links, and more. » 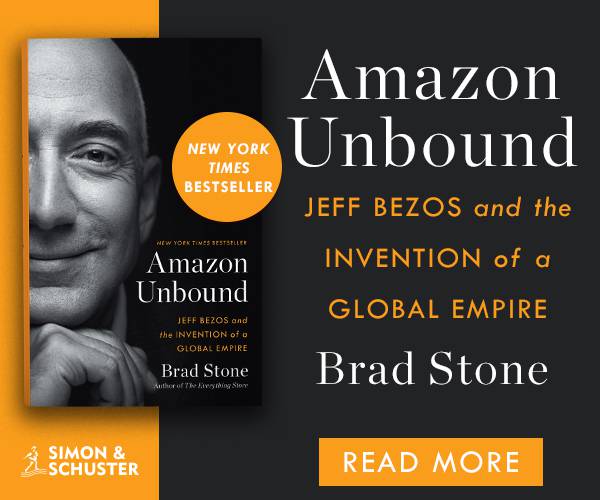