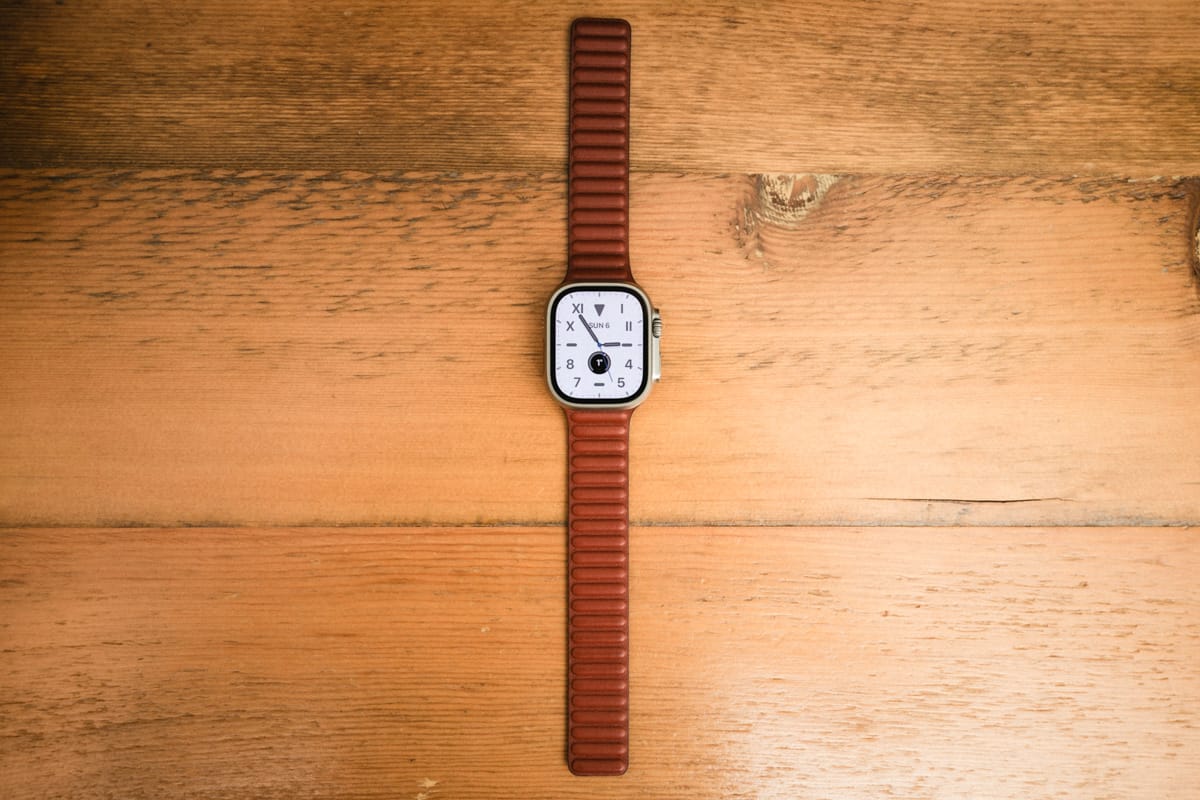 I’m lucky enough — or dumb enough — to have most of Apple’s technological lineup at my disposal each day. AirPods Max, Studio Display, iPhone, iPad… you get the drift.

But since 2018, I haven’t had an Apple Watch. I tried Series 1, Series 2, and Series 4, but all resulted in the same sense of superfluous extra. I ended up selling each of those Watches and have carried on blissfully Watch-free ever since.

Like so many others though, the Apple Watch Ultra offered a breath of fresh air to the Watch lineup, and provided me yet another chance to play with a new Watch.

This time, the Watch is here to stay. I think, at least. I’m simply too happy with the impact the Watch has had on my focused periods each day.

One of those possibilities is the ability to launch a shortcut that sets your current Focus mode. Focus modes have seen many refinements in iOS 16 and watchOS 9. You can set specific home screens and watch faces based on which Focus mode is set. You can trigger automations. It’s a pandora’s box of possibilities, really.

Therefore, it doesn’t take much to create a simple shortcut to launch a “Do Not Disturb” Focus mode and tie that directly to the Action Button on the Apple Watch Ultra. If you’re in a suddenly important meeting or conversation, a quick reach down to your wrist and a click of the Action Button silences the outside world and puts your attention on where it needs to be. If you simply need some peace and quiet to get a job done, the Action Button can kick you into action.

This has been revolutionary for my Watch use. With the help of the Action Button, I’ll jump in and out of Do Not Disturb mode a few times a day, and I’m often left astonished at how much I can get done in short bursts of focus.

An Always-On Display, But Not an Always-Annoying Display 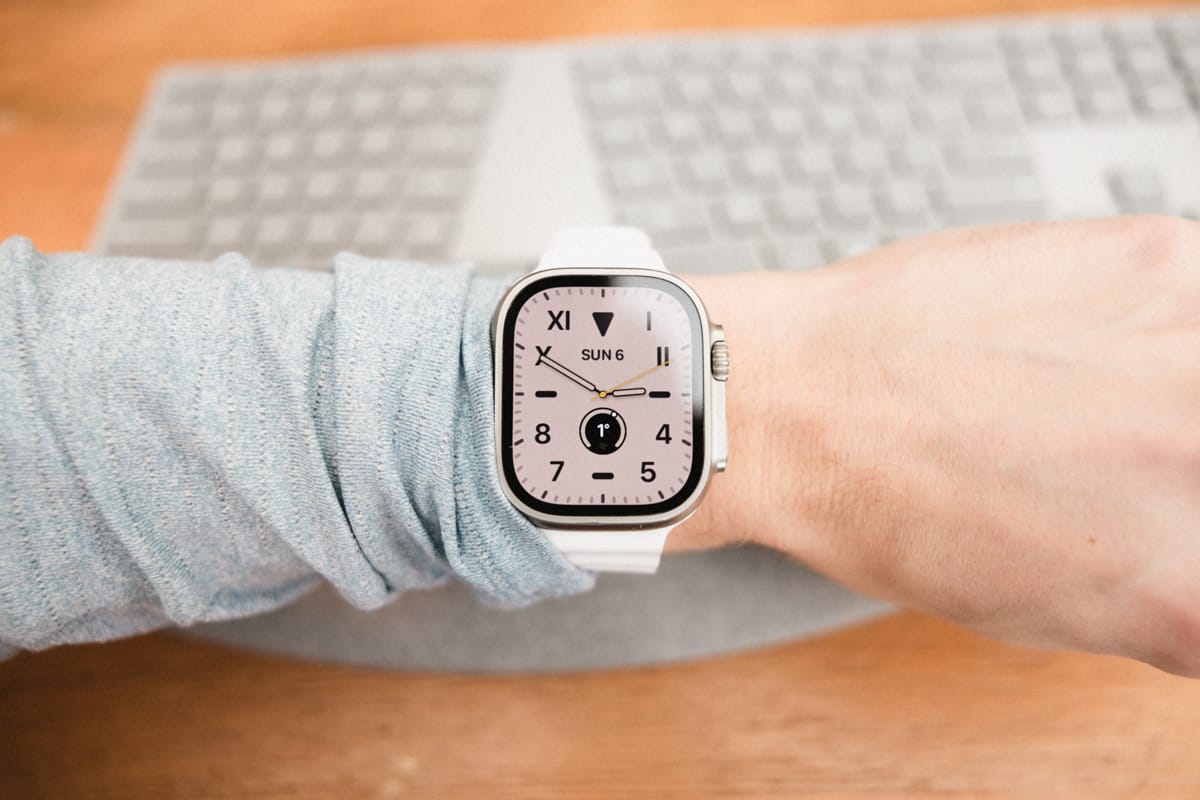 I’m one of those guys who needs to look at his iPhone to see what kind of notifications are awaiting me. I don’t have an Apple Watch to confirm where I’m at for the day.

The always-on display in the iPhone 14 Pro has quickly eliminated a major feature I thought I would enjoy with the Apple Watch. When sitting in a MagSafe or wireless upright charger, the iPhone 14 Pro has this silent notifying ambiance — a quick glance to see if anything new has come in and off I go with the next task.

Naturally though, I gave in to the allure of the Apple Watch Ultra, and in a flash, my love for the always-on display of the iPhone 14 Pro has quickly faded. Instead, I quickly find it incredibly annoying.

On my desk at the office, I have a Twelve South HiRise 3 stand right below my monitors where my iPhone rests for most of the day. It’s right in front of me. All. Day. Long. That always-on display on all day long, showing me everything I’ve missed since the last time I picked up the iPhone. It’s always there. Never turned off.

The Apple Watch is different. Those notifications come in with a nice tap on the wrist and may re-notify you (just like the iPhone) a few minutes later if you don’t acknowledge them. Otherwise, it’s just a tap on the wrist, down and out of the way where I’m not constantly looking. The little red icon at the top of the Watch face is hardly as obtrusive as the endless list of notifications on that always-on display or all the red badges in my Mac’s dock.

The Watch has truly nailed notifications after all these years. A slight nudge. That’s it. If it’s important, you can grab the appropriate device to deal with it. If it’s not, the Watch goes back down to your wayside only to be checked when you intentionally mean to check. 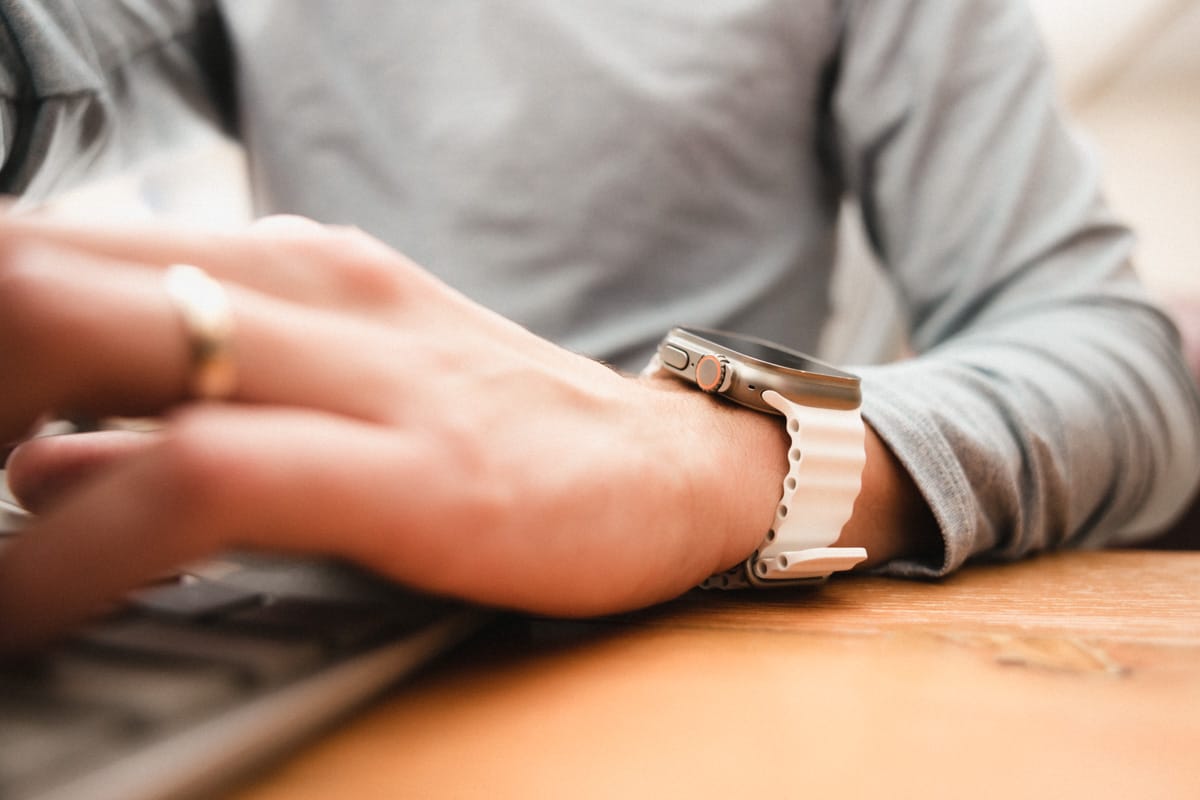 watchOS 9 and the Apple Watch of 2022 is different. The best apps are those that deal with your health, your sleep, and your fitness. The holdovers from 2018 that had no business being on the Watch’s App Store have been pared down to a quick in-and-out utility. It’s a much different world.

Notably absent are all the social media apps. My favourite Twitter client doesn’t have an Apple Watch app. There’s no Glass app for Apple Watch. There may be a Reddit app, but I haven’t felt the urge to check.

So for this guy, who now has three children — the youngest of which can’t hold up her own head yet — the default piece of technology on my person has no social media on it to be found. When that brief moment of respite hits during the day and my brain feels the need to take a quick power down, more often than not, my iPhone is nowhere to be found and I can’t just check the socials.

These three major differences between the Apple Watch Series 4 and the Apple Watch Ultra — the Action Button, fine-tuned notifications, and an optimized App Store — have me smitten with the Apple Watch. The Ultra’s endless battery life makes it that much easier to be the default piece of technology I opt for each day.

If the Ultra indeed moves into that de facto technology sphere for me, I can only imagine the impact it’ll have on my presence and focus during the day. So far, it has produced impressive bursts of productivity in otherwise distracting and unproductive days. And it has honed my attention on my young kids when my brain just needs a quick nap.

Perhaps this is a whole different aspect of health the Apple Watch team aims to impact.